The present location of the South Boston Public Library on East Broadway was dedicated on October 31, 1957!   Some of our fondest memories include Story Hour with Ms. Fleming, children’s librarian, including Going on a Bear Hunt, Snow the Owl and her rendition of the telling of the book Tikki Tikki Tembo.

The branch was designed by the architectural firm of Shepley, Bulfinch, Richardson, and Abbott. 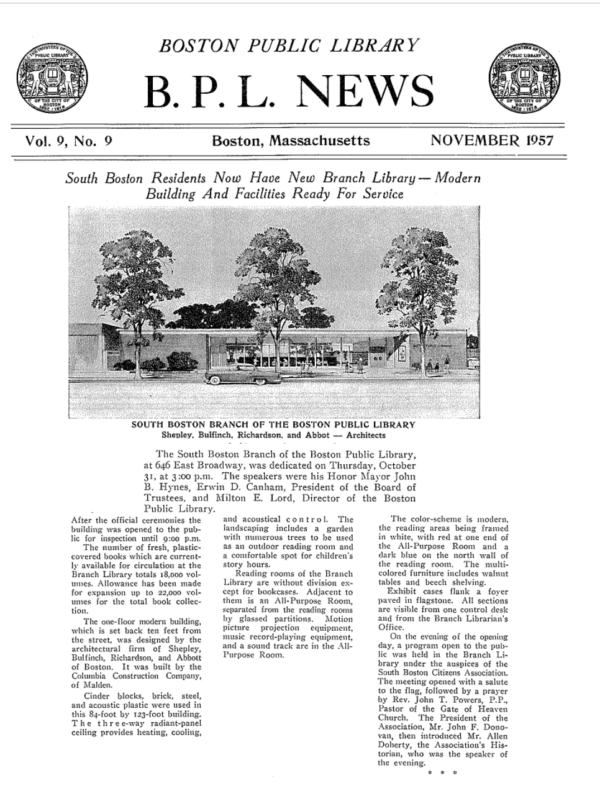 According to the South Boston Public Library via twitter, the first branch location in South Boston opened in April 1872 at 372 W Broadway and was the 2nd branch library established in the US. The Lincoln School was the previous building on our current site and was torn down in 1952.