Celebrate South Boston Branch’s 150th birthday with family-friendly music, bubbles, snacks, crafts, and memories in the library courtyard on Saturday at 11am.  Register here for a spot!

Some of our fondest memories include Story Hour with Ms. Fleming, children’s librarian, including Going on a Bear Hunt, Snowy the Owl and her rendition of the telling of the book Tikki Tikki Tembo.

History of the South Boston Branch

The branch on East Broadway was designed by the architectural firm of Shepley, Bulfinch, Richardson, and Abbott. 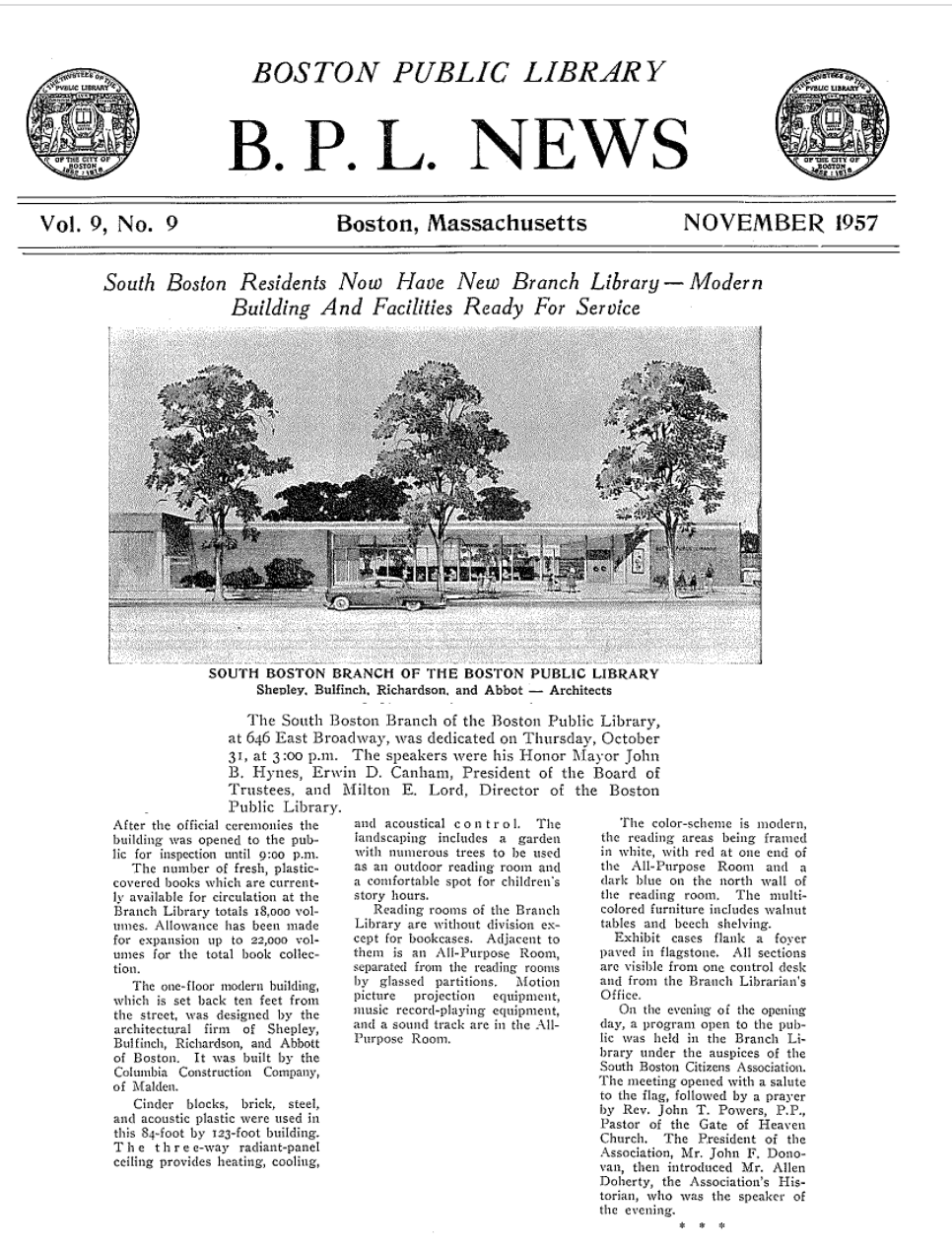 Special Features of the Southie Library