On Thursday, October 13th, the City of Boston Credit Union was honored at the Annual Cooperative Credit Union Association APEX Conference at Mohegan Sun for two state level 1st-place awards in the National Social Responsibility Awards Program. The Desjardins Adult Financial Education Award for their comprehensive financial education program to the recovery community. This award submission highlighted the 5+ year relationship with the Gavin Foundation out of Boston, which still meets for classes every three weeks. As a result of their work with the Gavin SOAP Program, CBCU has been invited to participate in financial education sessions to the newly opened “Eileen’s House,” the women’s affiliate home of the Gavin Foundation. Through word of mouth, a group called Boston Sober Homes asked CBCU to present financial literacy with both their Men’s and Women’s homes which has started another great relationship!

Both of these award entries will now move on to the National level with the winners being announced at the 2023 CUNA Governmental Affairs Conference (GAC) in Washington, D.C. 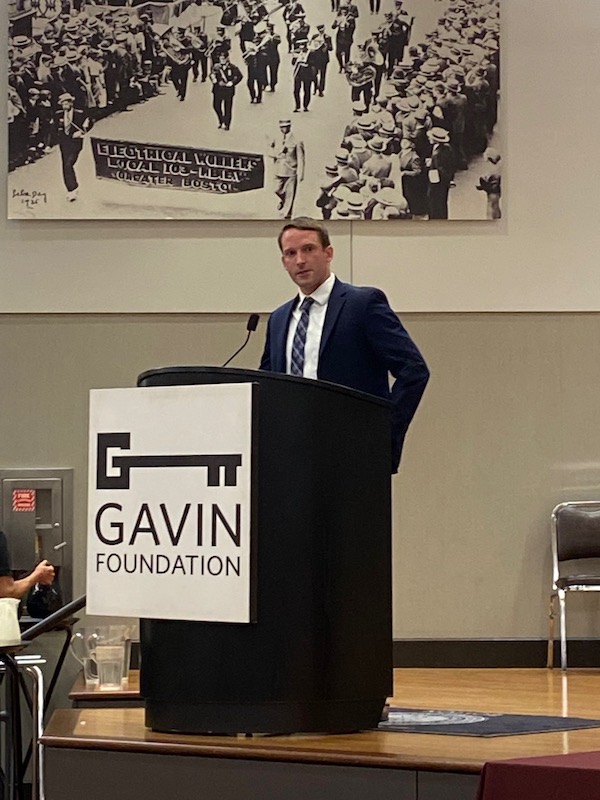 Just a week later on Thursday, October 20th, City of Boston Credit Union’s Coleman Nee was honored as the recipient of the James F. Gavin Award at the Gavin Foundation’s Annual Anniversary Dinner. This award, presented by Gavin Foundation President/CEO John McGahan in front of a packed crowd of 400 attendees at Dorchester’s IBEW Hall, was presented in appreciation of our longstanding partnership and commitment to financial literacy sessions with the Foundation. CBCU is proud to have such a great partner in the Gavin Foundation, and to work together to build a brighter future for everyone in the communities we serve.

City of Boston Credit Union is proud to be an active member of the communities we serve, and grateful for the recognition we have received for living the People Helping People philosophy!