UFC Heavyweight Champ and Cleveland area firefighter Stipe Miocic was in town on Thursday night at the Reebok flagship store in South Boston.  Southie’s own (and future UFC fighter) Henry Gailunas stopped by to welcome Stipe to the neighborhood and to give him a BFD knit cap.

On Friday night at the TD Garden, UFC is hosting a fight night with an actioned packed fight card including Kyle Bochniak who trains out of Broadway Jiu Jitsu and the main event – Chris Weidman vs. Domenic Reyes.  UFC Founder and former Southie guy – Dana White is also in town to promote the event.  Wonder if he’ll stop by his favorite Southie spot – the Seapoint?

Gailunas also trains at Broadway Jiu Jitsu and will be attending the fights on Friday with his father Boston firefighter and CIS contributor, Peter Gailunas. 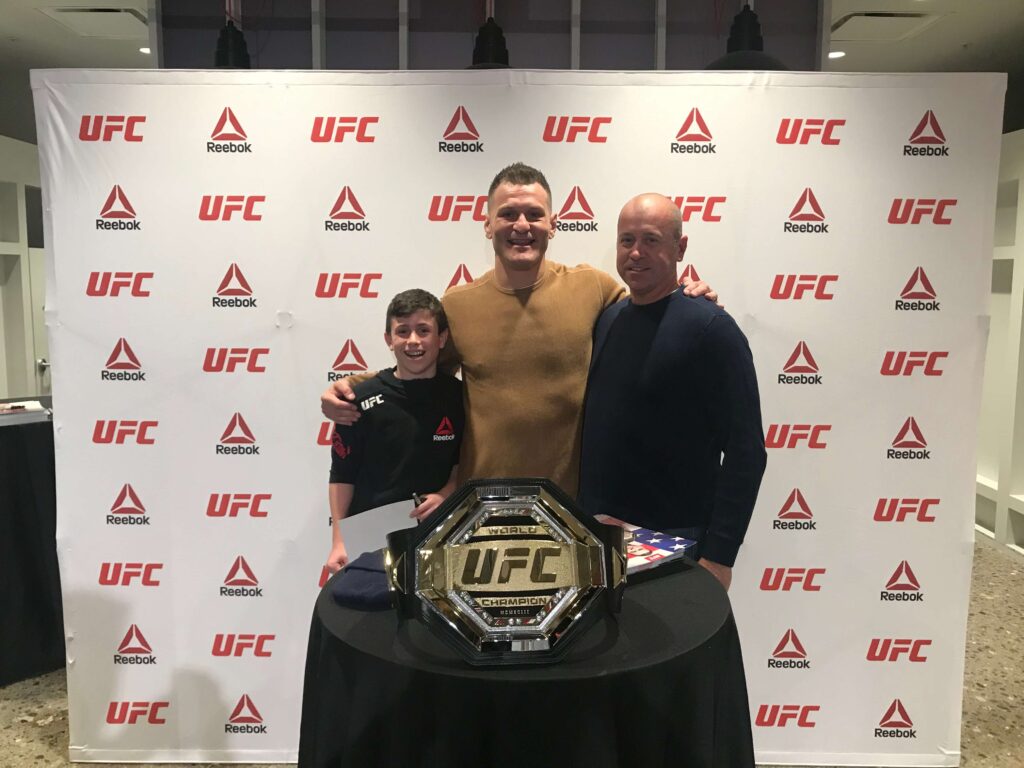 You can learn more about UFC fights here.