The search for the suspect wanted for setting several dumpster fires in Boston is over. Earlier Monday evening, officers arrested William Elliott, 44, of Boston and charged him with the Burning of Personal Property. Mr. Elliott is scheduled to be arraigned on Tuesday.

Community Alert: BPD Seeking Public’s Help in Effort to ID Individual Wanted in Connection to Several Dumpster Fires in Boston: The BPD is releasing an image and asking for the public’s help in an effort to identify the individual responsible for several dumpster and recycle bin fires in Boston. The individual is described as a light-skinned male wearing a gray baseball hat with black brim, dark-colored jacket with hood while carrying a green-colored grocery bag and black backpack. The first fire was reported on Friday, April 17, 2020 at about 6:00pm. Since that time, there have been 9 additional reports made for a total of 10 dumpster fires. Fires have occurred on the following days in the following locations: 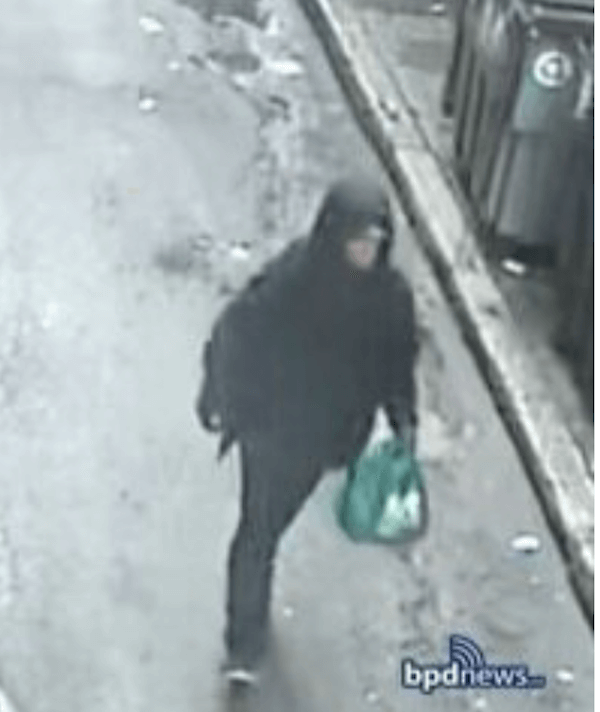