BPD responded to call for shots fired on Orton Marotta Way in South Boston on Tuesday night around 9pm.

Officers discovered two victims and Boston EMS transported them area hospitals. According to Universal Hub, BPD homicide unit was called in due to severity of injuries. 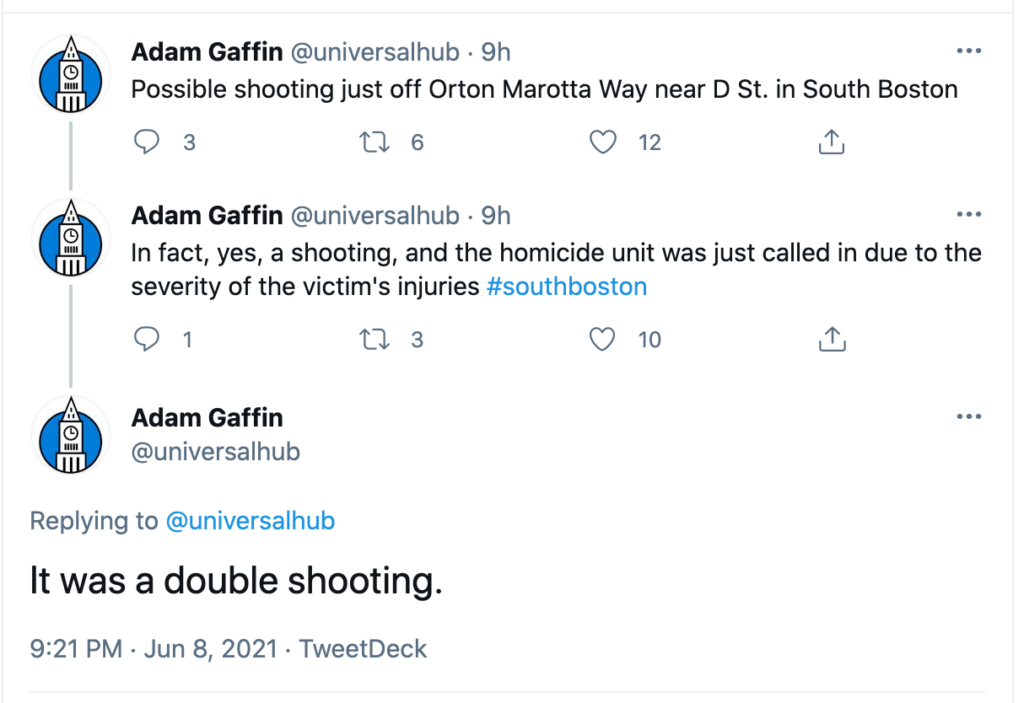 At this time, the victims’ conditions have not released and it is unclear if any suspects have been identified.