Thanks to some fast and smart police work, BPD officers from District C-6 (South Boston) arrest a violet felon who was brandishing a knife in the area of New Market Square.  See police report below:

At about 10:10 PM on Friday, May 4, 2018, officers from District C-6 (South Boston) were on patrol in the area of Newmarket Square when they observed a suspect, 37-year-old Paul Driscoll of Boston, who was known to them to be violent and to have active felony warrants, walking with group. Officers attempted to pull up next to Driscoll in their cruiser and asked him to stop and speak with them. Driscoll then fled on foot with the officers in pursuit in their vehicle. The officers were able to block Driscoll’s path by moving their cruiser against a wall, but Driscoll jumped over the car’s hood and yelled, “I have a gun!” while reaching into his pocket.

Now out of the vehicle, officers observed Driscoll remove a black and silver shiny object and point it at officers and bystanders on the busy street. Officers drew their department issued firearms and gave numerous commands to drop the weapon and get on the ground. Officers shortly realized that the weapon was not a firearm, but a knife. Driscoll continued to point the weapon at the officers while retreating from them but would occasionally stand his ground, maintaining an aggressive stance while refusing to lower the weapon. In his flight, Driscoll unsuccessfully attempted to gain entry to a locked driver’s side door of a vehicle in traffic. At this time, one of the officers was able to get close enough to deploy his department issued OC spray. Driscoll fell backward but maintained possession of the knife. The officer sprayed Driscoll again to no avail. Driscoll then approached a second vehicle, knife still in hand, and attempted to enter through the open driver’s side window. The car pulled away, dragging Driscoll alongside the vehicle for 30 to 40 feet. The officers grabbed Driscoll, and after a violent struggle, he released the knife, and officers were able to place him into custody.

Officers arrested Driscoll by virtue of three outstanding arrest warrants and additionally charged him with Resisting Arrest, Threat to Commit a Crime, two counts of Assault by Means of a Dangerous Weapon (Knife), and two counts of Armed Carjacking. Driscoll will be arraigned in Roxbury District Court.

Things You Should Know This Week – February 18th 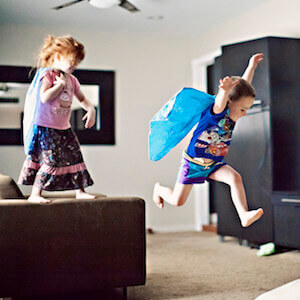