The Boston Police Patrolmen’s Association (BPPA) posted a harshly worded statement on social media, after officers were “ordered” to work for 24 hours straight due to several large events over the weekend.

The statement pointed out that 120 officers had to work overtime on Saturday to cover the city’s Open Streets festival in Jamaica Plain, a Red Sox-Yankees matchup at Fenway, and a festival in the Seaport District. According to Mass Live, many were ordered to work for at least 16 hours, “which is physically and psychologically draining.”

“However, a number of officers were actually ordered to work three shifts in a row — or 24 hours straight,” the union said in a statement. “This is simply unsafe and cannot be allowed to occur. Officers simply cannot work for that many hours and still be expected to make split-second decisions in life-threatening situations.” 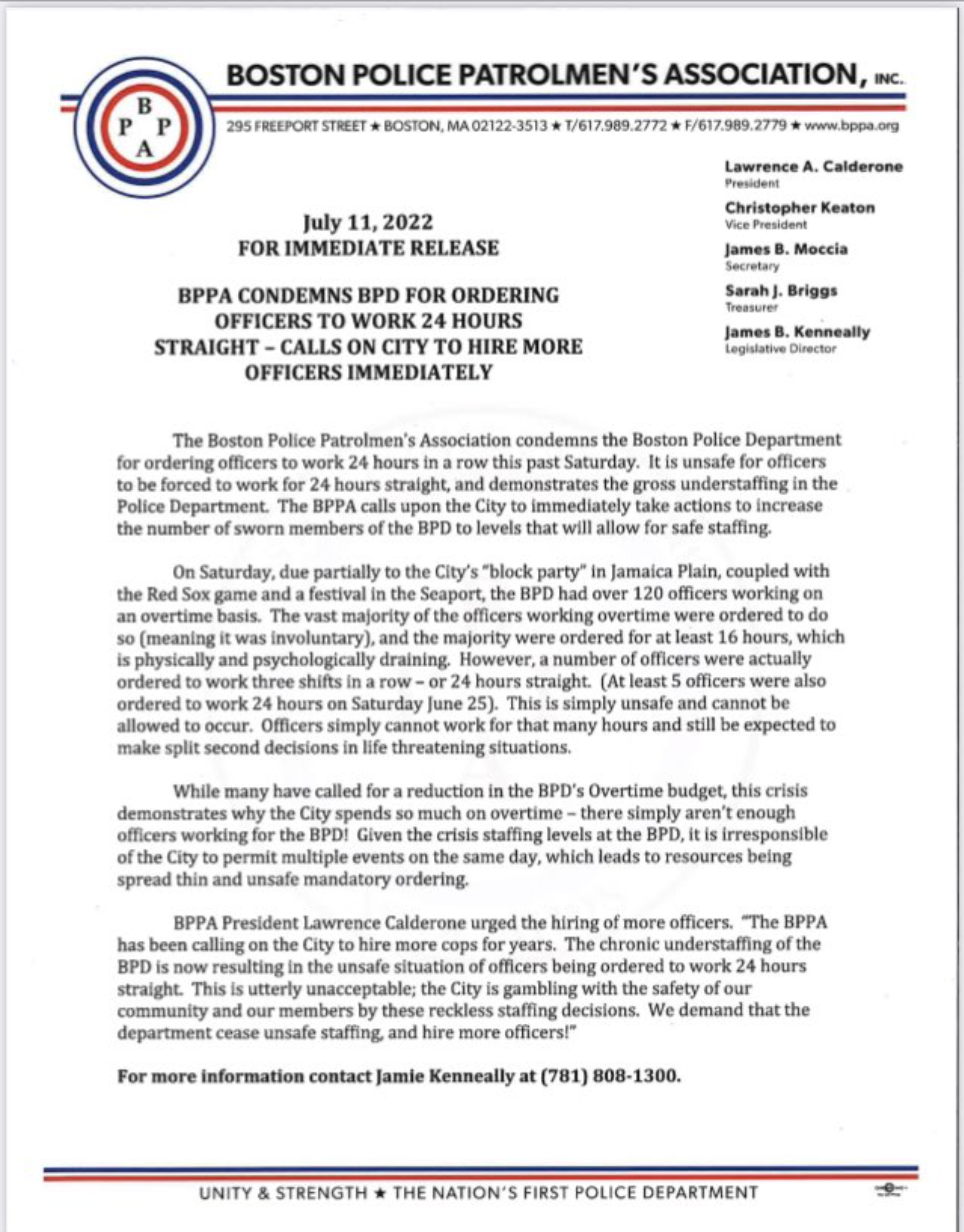 BPPA President Lawrence Calderone urged the City to hire more officers.  There seems to be a Catch 22 situation.  Some people are calling for a reduction in the BPD overtime budget but there just aren’t enough officers to cover the shifts, so officers are then forced to work overtime – especially when the city is busy with events.

Boston’s new fiscal 2023 budget has recently decreased the police budget by about 1%, or roughly $4.7 million. Police spending still accounts for the largest line item in the city’s $4 billion budget and overtime spending for fiscal year 2022 is expected to run the city $70 million. 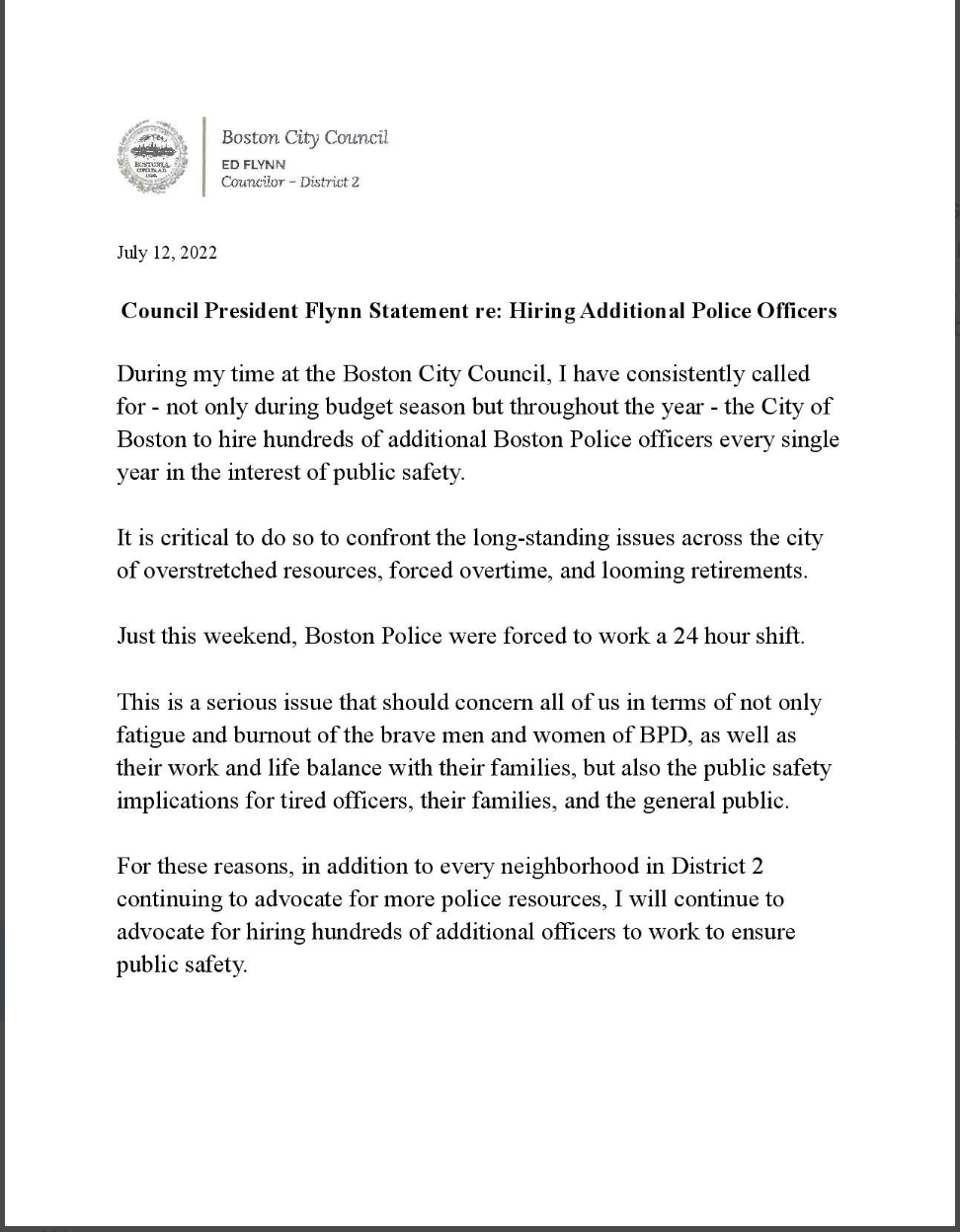 On Wednesday, Mayor Michelle Wu will announce the new police commissioner.  So maybe the new commissioner will get this all squared away. 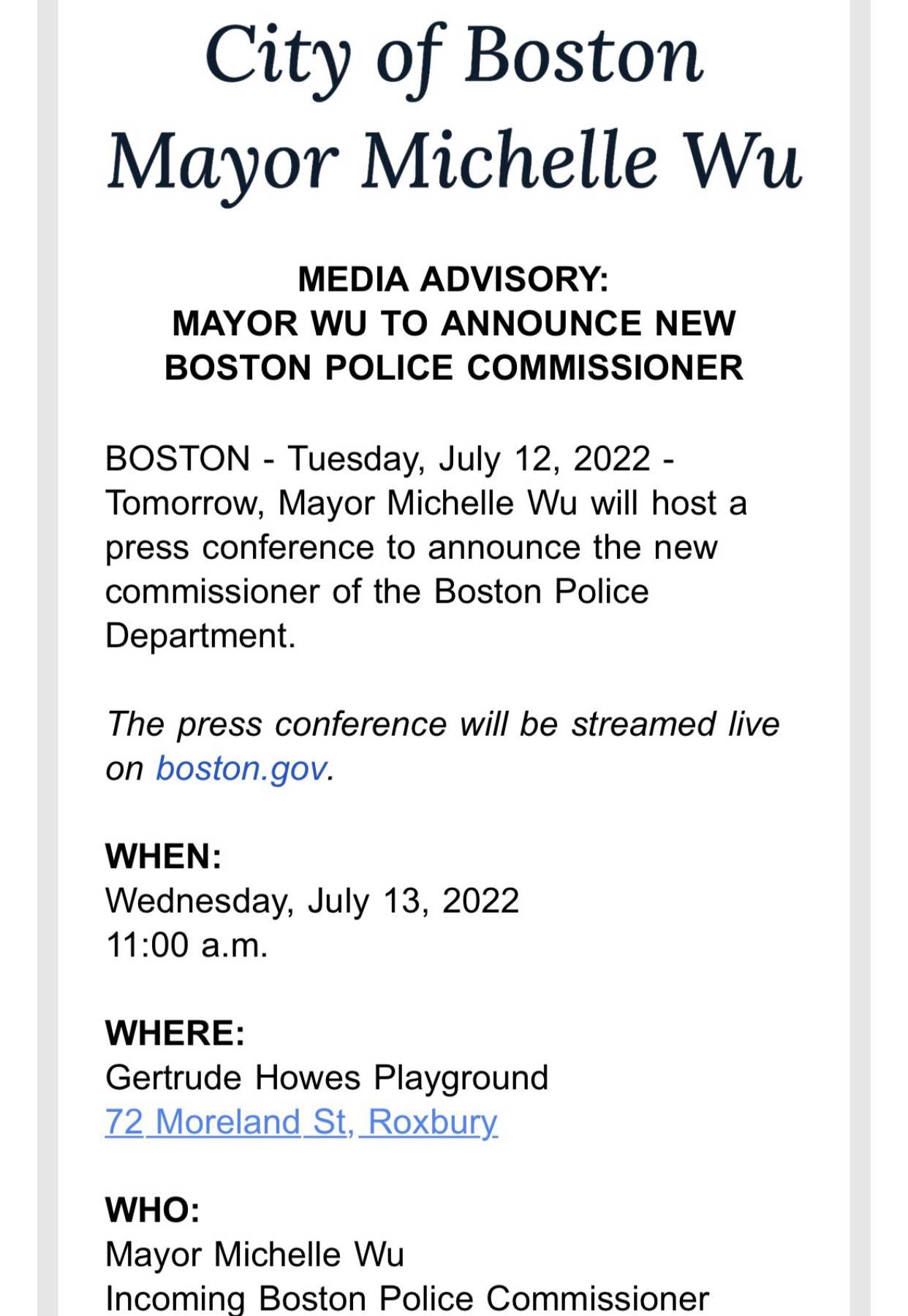