The Boston City Council will hold a hearing on Friday morning to discuss Mayor Michelle Wu’s mandate that workers be vaccinated against COVID-19.

According to WBUR, City Councilor-at-Large Erin Murphy called for the hearing to find out more information about why the Wu administration thought the strict mandate was necessary and whether it is still needed. Topics expected to be included are public health metrics being used, the Boston Teacher’s Union deal that was just negotiated which allows testing in addition to unvaccinated educators to work when COVID numbers are low and can use accrued paid time off when numbers spike.

The public safety unions have not come to an agreement with the City of Boston over the Covid mandate and actually accuse Mayor Wu and the City from walking way from the table. (see below).

Former Mayor Kim Janey previously worked out a deal with unions to give employees the option of either getting vaccinated or submitting weekly test results. After Wu took office, she removed the testing option and said workers must be vaccinated unless they qualify for an exemption.

Local 718 Boston Firefighters, the Boston Police Superior Officer Federation, Boston Police Detectives Benevolent Society have gone to court stating this violates collective bargaining rights.  The mandate is on hold while an appellate court reviews the lawsuit filed by three of the four police and fire unions

On Wednesday, Local 718 posted the following letter on social media stating the Mayor Wu and the City of Boston have walked away from negotiations. They also bring up the point that the City of Boston removed the B Together mandate from a proposal they had made and stated that they themselves are unsure if the mayor has the power or authority to issue this mandate. 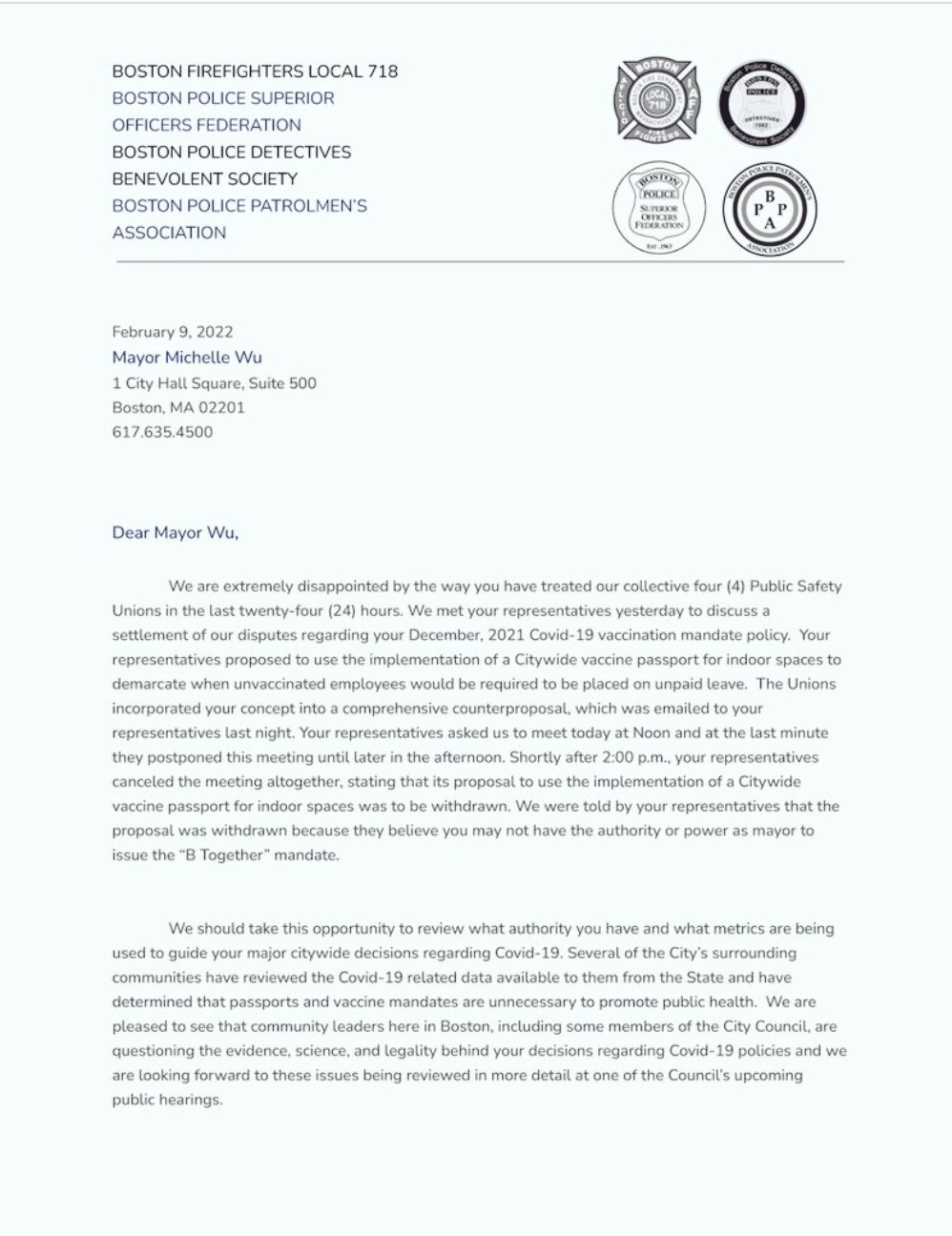 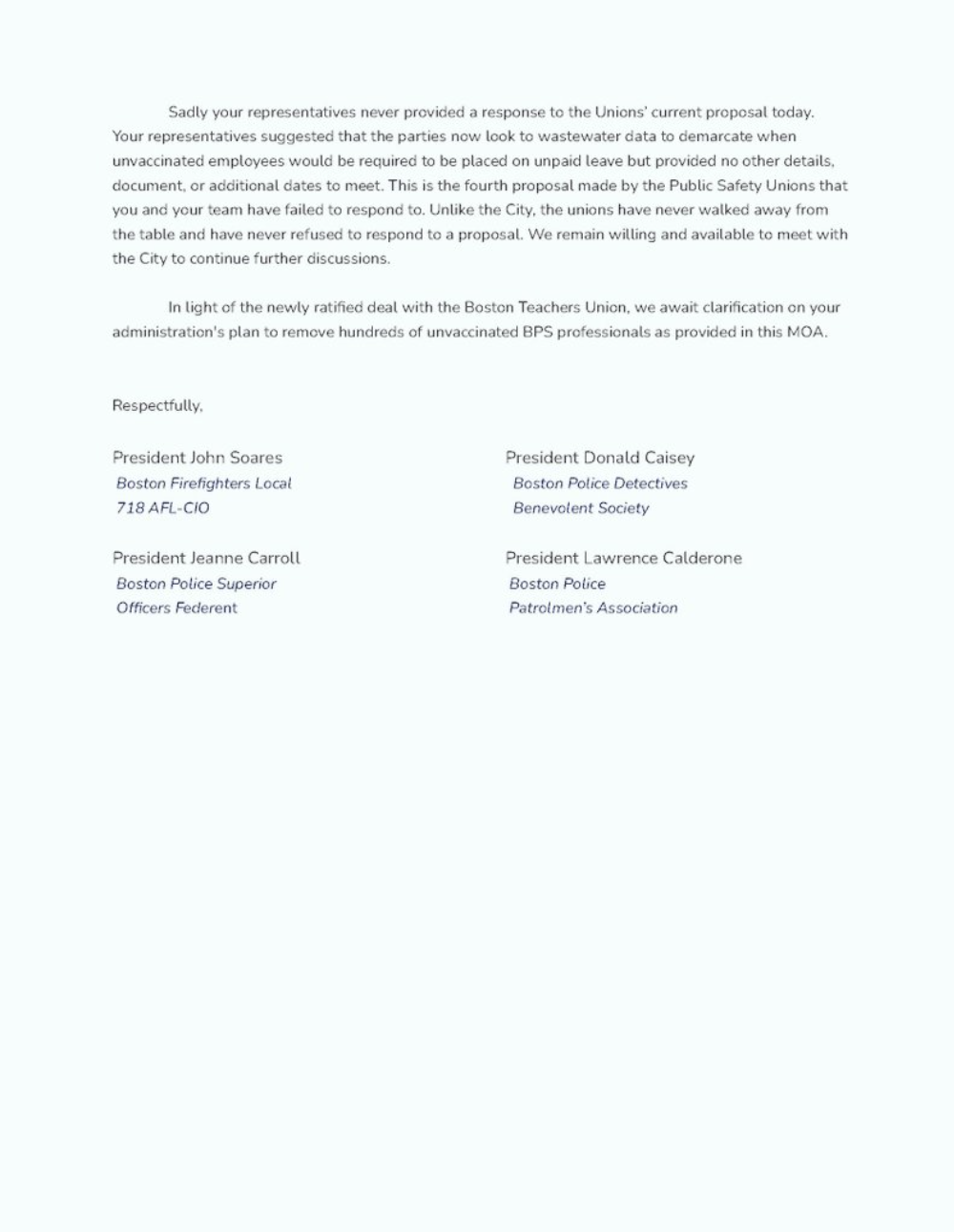 After the mandate hearing was requested by Murphy during the City Council meeting, City Councilor Frank Baker (District 3) said, “For them to have agreements and to have this administration come in and basically roll that agreement up and throw it in the trash and totally disrespect, disregard it … it’s a major, major problem.”

Murphy continues to encourage all Boston residents and employees to be vaccinated, she did state however, that she understands “how important strong unions are to the quality of life for all Bostonians.”

“The mandate for COVID-19 vaccination is requiring a condition of work that is not in the contract,” she said. “All workers, I believe, have the right to a safe workplace and also have a right to have their voices heard through collective bargaining. Any changes that are made to the MOA should have the opportunity to be collectively bargained before any change to work conditions go into place.”

Officials from the mayor’s office have been invited to testify at Friday’s 10 a.m. hearing.

You can watch it via livestream here.