Evidently there was a bomb threat on Friday afternoon at City Hall.  The Boston Herald is reporting the building needed to be evacuated after a threat was called in and then reported to the Boston Fire Department after 3pm.  BFD and the bomb squad headed to City Hall to investigate.

The BPD gave the “all clear” for the building around 5pm.

All City of Boston received the following urgent message to evacuate the building: 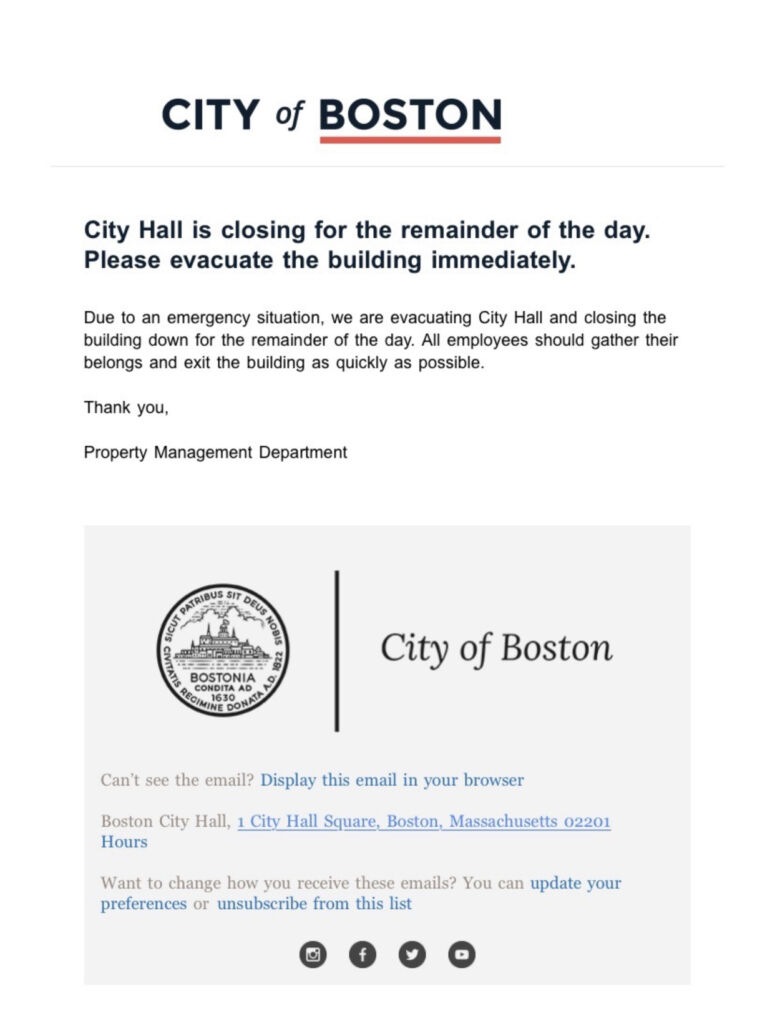