311 Complaint of the Day: Naked Guy in the Window

Evidently, there is a resident on West Broadway (across from Broadway Station) that likes to stand in front of his window completely nude. It’s has become quite the “situation” that people are complaining on 311. 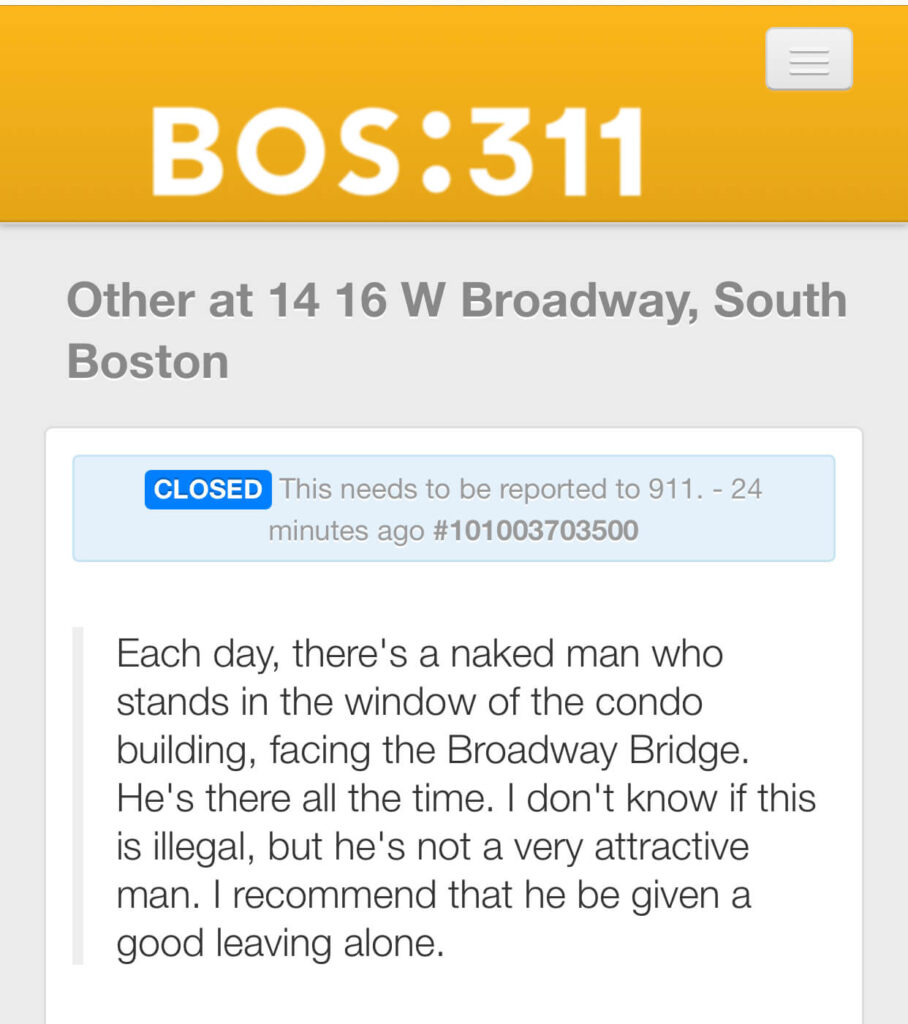 The case of the exhibitionist was marked closed. Apparently, 911 needs to called.  We can just imagine the BPD knocking on the guys door. “Sir, you’re going to need to put some pants on.”