Its official!  Amazon signed a lease for a building in the Seaport District for 2000 employees, right? Well, here’s a sneak peek of what the new luxury building might look like.

Last month, WS Development released images of the building it would construct for the online retailer – featuring 15 floors of office space above a two-story retail on a public walkway.  Amazon has negotiated a lease and plans on moving in in 2021. Amazon has been offered $5 million in tax breaks from the City of Boston as an incentive. 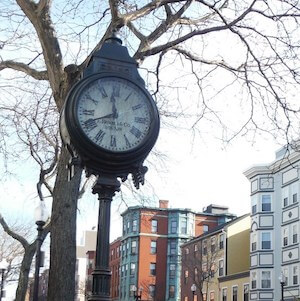 Where did the Time Go? – South Boston’s Historic Clock to be Restored