If you’ve driven on West Broadway between Dorchester and F streets – you probably noticed the giant gap that once was the home of The Dollar Store, Naning Wok, and Natural Nails -is now long gone, baby!

A new development project at 457-469 West Broadway will fill the hole with a five story development with 44 units and 48 parking spots.  On the ground-floor would be nearly 14,000 square feet of commercial space. 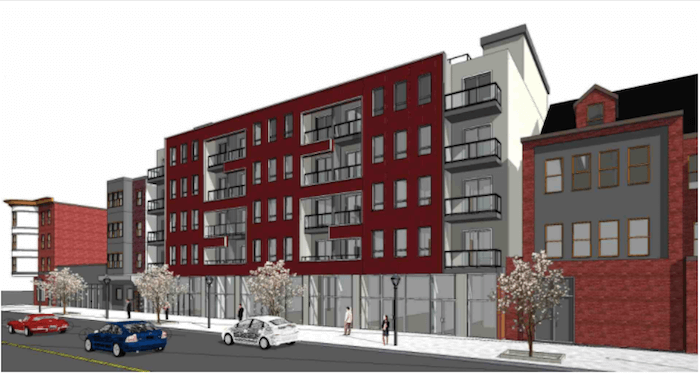 A little Southie trivia – this spot once was the home of SandS – a one level department store where you could find everything from paper towels to toys.  It also had a coin operated pony ride in the front. We affectionately referred to this store as “Sands.” It wasn’t until years later that we learned it was actually S and S – the letters in the sign of the store were just close together.

Special thank you to Thomas for sending us the picture of the gap!