Guests at Franklin Park Zoo will have the incredible opportunity to immerse themselves in a new state-of-the-art outdoor gorilla habitat as they learn more about this endangered species in a memorable up-close experience.

This dynamic new space, which is made possible by generous donors who wish to remain anonymous, features more than 360,000 cubic feet for the gorilla troop to explore. With a mix of real and fabricated trees, a waterfall, climbing vines and a multitude of built-in foraging opportunities, the gorillas have the ability to traverse the space three dimensionally. This space enables guests to observe the natural behaviors and social dynamics of the gorilla family. Featuring corridors leading to an immersive central observational outpost within the habitat, guests now have a unique perspective for quiet reflection and observation while being immersed in the gorillas’ home. At the front of the habitat, guests can experience scheduled training sessions at the zookeeper training area.

“We are so thrilled to open Gorilla Grove, which will be an enriching experience not just for the gorillas, but for our guests as well,” said John Linehan, Zoo New England President and CEO. “We strive to reach peoples’ minds through their hearts to build empathy for wildlife and their natural habitats. As you observe the tender moments between a gorilla mom and her baby, or gorilla siblings playing together, you develop a better understanding of the family dynamics and social structure of these animals. Through this opportunity, guests can also better understand the importance of biodiversity and ecosystem health.”

Franklin Park Zoo is home to six gorillas, including Little Joe, Kitombe (Kit), his mate Kiki and their three offspring – Kambiri, Azize and Pablo, a male gorilla born in October 2020. 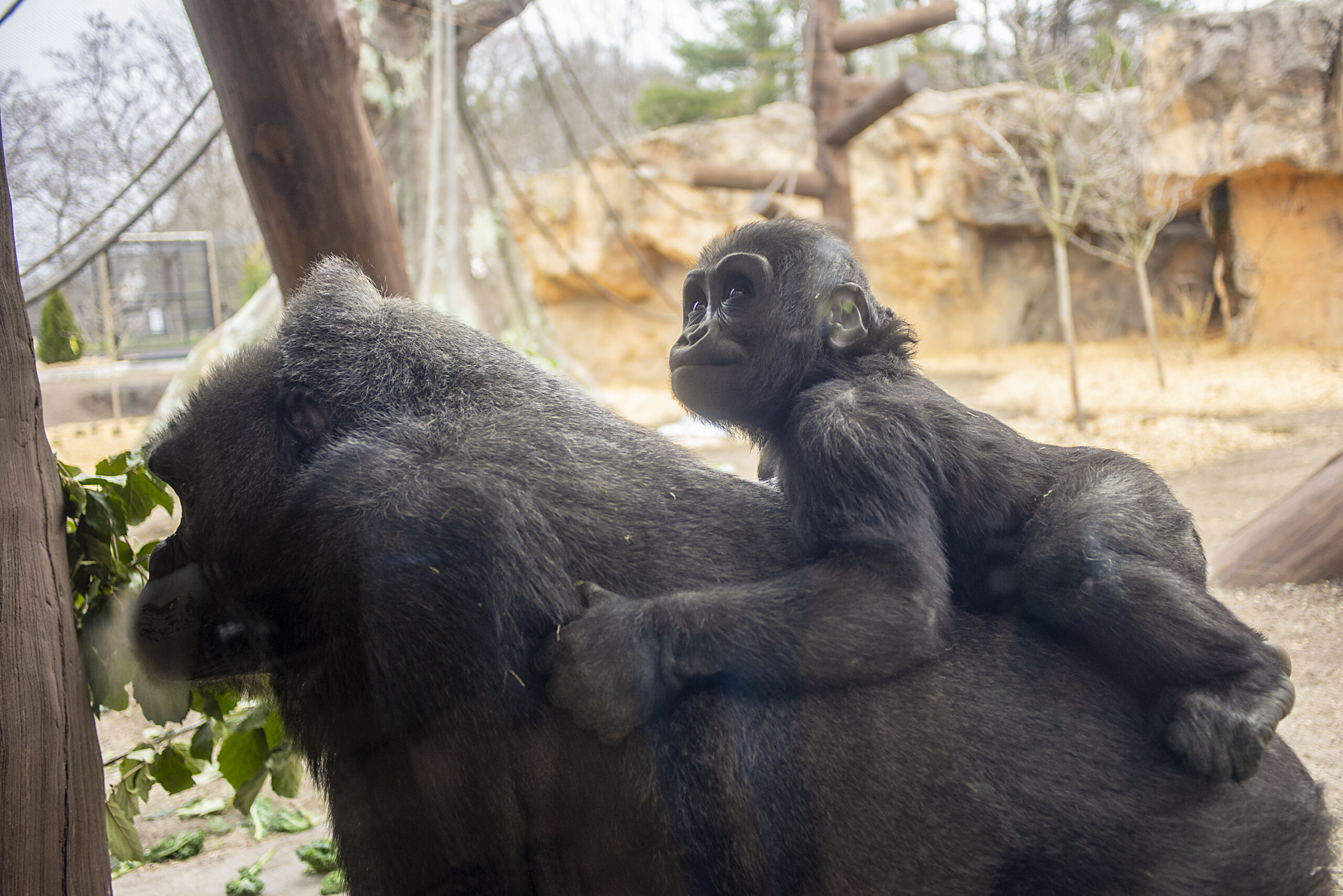 Zoo New England is an active participant in the Gorilla Species Survival Plan (SSP), which is a cooperative, inter-zoo program coordinated nationally through the Association of Zoos and Aquariums (AZA). SSPs help to ensure the survival of selected species in zoos and aquariums, most of which are threatened or endangered, and enhance conservation of these species in the wild.

Western lowland gorillas are considered critically endangered in the wild. Western gorillas, found in the countries of Nigeria, Cameroon, Gabon, Equatorial Guinea, Republic of Congo, Angola, and Central African Republic, are divided into the Cross River and western lowland subspecies. Both are considered critically endangered. Threats to gorillas vary geographically and western gorillas are primarily threatened by disease and the bushmeat trade.

Zoo New England has been a longtime supporter of gorilla conservation, devoting passion, expertise and resources to the preservation of this iconic species. Through AZA SAFE (Saving Animals From Extinction), Zoo New England is currently supporting a project to protect Cross-River gorillas in the Afi Mountain Wildlife Sanctuary in Nigeria. Here at home, Zoo New England participates in the Eco-Cell recycling program, an initiative which partners with zoos across the country to collect cell phones for recycling and refurbishment. This reduces the need for coltan mining, which causes the destruction of endangered gorilla habitats. Guests can drop off cell phones for recycling inside the Tropical Forest at Franklin Park Zoo.

The new outdoor gorilla exhibit was designed by PJA with members of the Zoo team, while Roto worked on the interpretive graphic design with the Zoo’s Education team. Columbia was the construction man