In honor of International Women’s Day, we celebrate Patty Kenneally Donovan!  Kenneally Donovan is a South Boston resident, a wife, a mom, a coach, a volunteer and just so happens to be the first female firefighter on the Boston Fire Department.

According to a post on social media by Kenneally Donovan’s daughter – Aislinn Donovan – after nine weeks of training with 55 men, she became the first female firefighter in the the City of Boston on October 31, 1984. 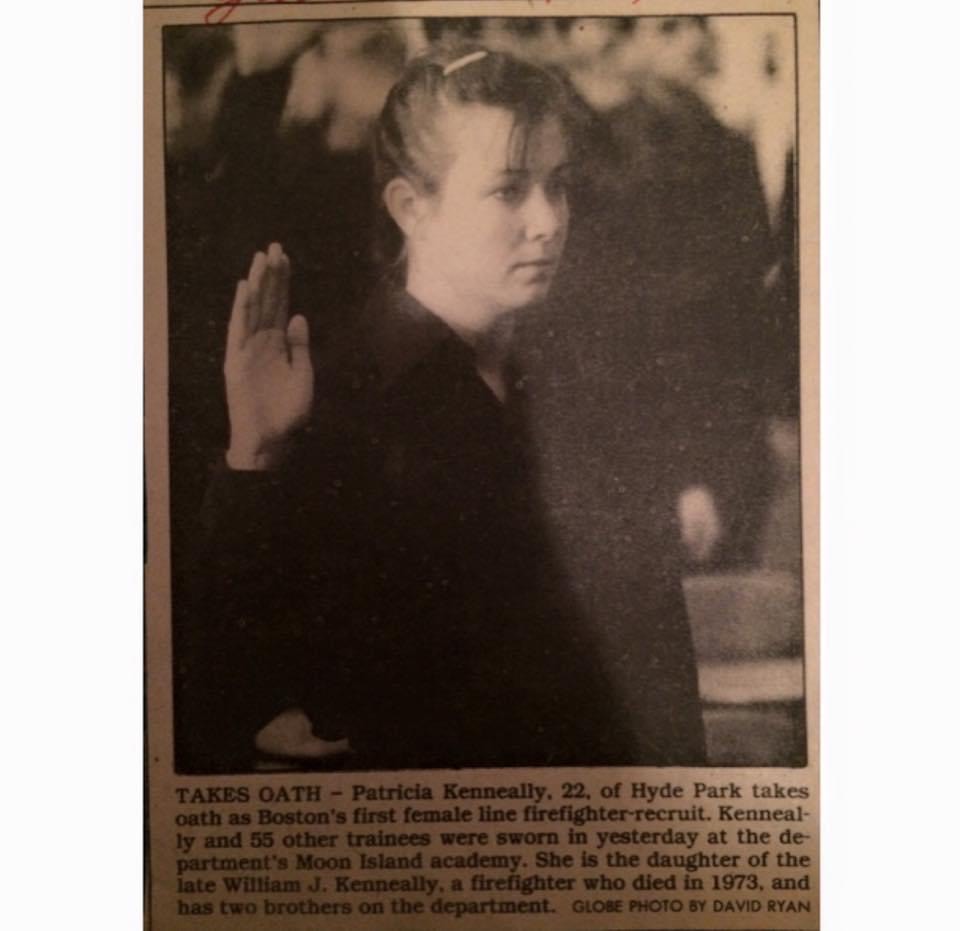 In addition to scaling a 6-story building, she handled water lines that  pumped more than 80 pounds of pressure. Kenneally Donovan made her way through smoke-filled mazes and passed her written exam with “flying colors.”  Starting her career as a firefighter at Engine 50 in Charlestown, she’s worked all over the city and most recently has become the first female fire investigator for the Boston Fire Department. 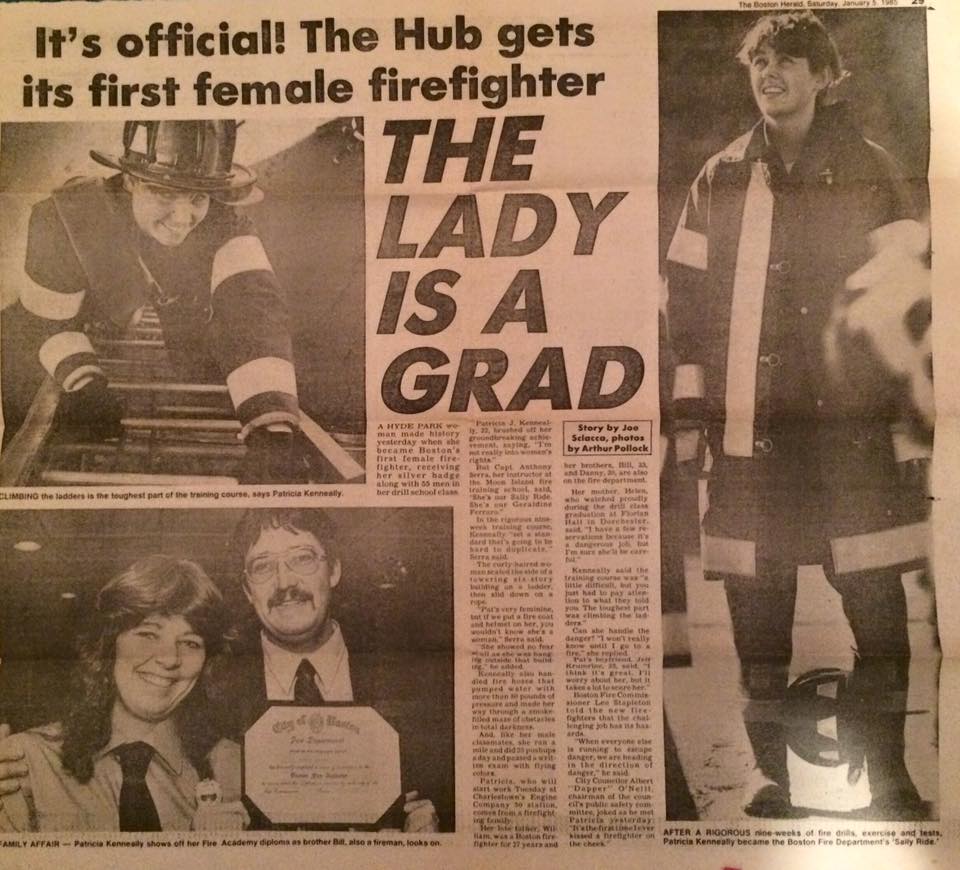 One Incredible Story of Dedication and Loyalty

Back in 2014, Lt. Edward Walsh and Firefighter Michael Kennedy died in a 9-alarm fire in Back Bay.  Members of Local 718 – Boston Firefighters Union, went to the home of Walsh’s wife Kristen and asked if there was anything they could do for her or her three children. Kristen asked for her husband’s wedding band. Kenneally Donovan found that ring.

The following excerpt is from a story written by columnist Kevin Cullen for the Boston Globe:

Last Wednesday, after they stood in her West Roxbury living room and told Kristen Walsh that her husband, Boston Fire Lieutenant Edward Walsh, had just been killed in the Back Bay, Richie Paris and Ed Kelly wanted to ease her pain.

“What can we do for you, Kristen?” asked Kelly, a Boston firefighter and president of the Professional Fire Fighters of Massachusetts.

“Anything,” Richie Paris, head of Local 718 of the Boston firefighters, added. “You name it. Anything.

(She wanted her husband’s wedding band.  The ring was not on Walsh’s hand when his body was removed from the Beacon Street address where the fire took place.  It was common knowledge at Engine 33/Ladder 15 that Walsh wore his wedding ring while on the job which meant it might be found at the site of his death.)

(District) Chief Magee vowed they would find that ring.

Magee’s charges from the investigation unit, Lieutenant Kevin McCarthy and Firefighters Richard Taylor and Patricia Kenneally Donovan, took charge of the Beacon Street fire scene Tuesday afternoon. They went right for the spot where Walsh’s brother firefighters had pulled out his body.

It was dirty work, sifting through the charred debris and soot. They searched for hours, and at one point Kevin McCarthy worried they would never find it. He and the others were on their hands and knees, like prospectors, just hoping to get lucky.

And just before 6 p.m., Patty Kenneally Donovan, the first woman appointed to the Boston Fire Department and a veteran firefighter whose father, husband, and two brothers were on the job, found the ring.

“I’ve got it!” she yelled, and it was the first joyous moment for an entire department, an entire extended family, indeed a whole city, in a week.

In no time, there was a convoy of fire vehicles heading toward Watertown, where Eddie Walsh’s wake was taking place at St. Patrick’s Church. Kelly and Paris went to the lower church and told Walsh’s and Kennedy’s grieving brother firefighters what had just happened. The firefighters from Engine 33 and Ladder
15 streamed upstairs and approached Kristen Walsh, who was in the front pew of the upper church, a few feet from the casket that held her husband.

You can see Kenneally Donovan recall the story here via BFD’s twitter.

Thanks to Kenneally Donovan paving the way, there are now (approximately) twenty women firefighters on the job for the BFD! “I’m very proud to be a Boston firefighter and the work we do everyday. I would not change it for the world.”

Special thank you to Aislinn Donovan for photos and history!