Happy 35th anniversary of the premiere of Golden Girls!  As anyone who knows me can attest, I really and truly love the Golden Girls.  If I have even the most causal relationship with you I have probably waxed poetic about Dorothy, Blanche, Rose, and Sophia.  The Golden Girls gave us something we had never seen before, and have barely seen since, women over 50 as fully realized human beings.  The Golden Girls had incredibly full lives; they weren’t just mothers and grandmothers, they had careers, social lives, interests and hobbies, and they were horny as hell.  The Golden Girls lived out loud, and didn’t care what you thought about it (take Dorothy’s iconic “condoms, condoms, condoms” for instance).  They are also pretty consistently on the right side of history on social issues, no small feat for a show that debuted 35 years ago.

In honor of my Girls, I made a list of my five favorite episodes, with a few honorable mentions because picking just five was like asking Diane Keaton to pick her favorite turtleneck, impossible.

This is my hands down favorite episode of the Golden Girls and you’re not going to find it on any “best of” or “funniest episode” lists, mostly because my taste is so superior.  The main plot revolves around Dorothy’s old high school English teacher popping back into her life, and his attention brings out the long dormant schoolgirl in her.  There is something about watching Bea Arthur giggle and coo like a silly teenager that quadruples my serotonin levels.  The secondary plot is just as great; as the producer of Wake Up Miami, Rose has her roommates on a segment about lesbians, thinking they just want to interview roommates.  The few minutes we have on the morning show are pure gold (we don’t believe in labels).  Somewhat related, how many career changes did Rose have?  An icon of reinvention, we have no choice but to stan (Zbornak).

Journey To The Center Of Attention Season 7 Episode 19

I am a Dorothy to my core, but I aspire to be a Blanche, so this episode speaks to my very soul.  Dorothy tags along on one of Blanche’s outings to the Rusty Anchor because she’s been in a bit of social rut (I feel you there, Dorothy).  Despite not being a bar person, Dorothy ends up becoming the Rusty Anchor’s resident chanteuse and the men are completely enamored.  As you can imagine this really gets former center of attention Blanche’s goat.  Blanche puts together a show-stopping performance she thinks will win the men back but instead she chokes her accompanist and possibly breaks a man’s hip.  In short, it’s spectacular.  I love this episode so much I have a Journey To The Center Of Attention face mask.

In general season one is not the strongest Golden Girls season, but I would put A Little Romance up against any comedy of any time.  Rose begins dating a colleague, Dr. Jonathan Newman, and is hesitant to introduce him to her friends.  Blanche takes matters into her own hands and invites Dr. Newman over for dinner herself.  Now what the gals don’t know is that Dr. Newman is a little person, so hilarity ensues.  The brilliance of this episode is that the jokes come at the expense of the women and how uncomfortable they are, not Dr. Newman.  I often think Rue McClanahan’s comedic performance on this show gets overshadowed by the other three actresses.  They seem to get more of the big laugh lines, but Rue’s physicality is incredible.  Her line of offering their guest a piece of shrimp is delivered with such perfect movement it may be my favorite moment of the whole series (and something I’ve been know to act out).  Throw in a cameo by psychic to the stars Jean Dixon and you’ve got an A+ episode of television!

I usually hate dream sequences, it feel like lazy writing.  Mrs. George Devereaux is the exception to the rule.  The dream of Blanche’s husband being alive after faking his own death manages to be sweet, touching, and cuckoo bananas.  Running alongside the emotional plot of Blanche dealing with the return of her husband, Dorothy has her hands full with Sonny Bono and Lyle Waggoner fighting over her, she met them at a dinner theater performance of Equus in case you were wondering. Mrs. George Devereaux beautifully combines heart and humor, a trademark of the Golden Girls.  Oh, and this episode gave us one if the all time best Golden Girls quotes, “Sonny Bono get off my lanai.”

Another episode you’re not going to find on any “best of” lists and honestly I get it.  The Commitments is weird, but I happen to love weird.  Dorothy asks Blanche to fill in on a blind date for her because she got last minute tickets to Beatle Mania.  After some good natured ribbing (doo da, doo da) Blanche agrees to go on the date and, plot twist, the blind date is a hunk!  He’s also a gun-shy recent widower, so he’s moving a lot slower than Blanche would like.  To speed things up Blanche decides to show affection the only way she knows how, with a mirrored ceiling and trapeze.  Oh and what’s Dorothy up to you ask?  Well, shagging one of the faux Beatles played by Bernie of Weekend at Bernies, and convincing him to strike out on a solo act that includes a cover of Everybody Was Kung Fu Fighting.  The episode is as weird as it sounds, but it’s a beautiful comic symphony of weird.

Ladies Of The Evening Season 2 Episode 2  The one with the Burt Reynolds cameo!

Letter To Gorbachev Season 3 Episode 6  We get a first class Blanche spit take.

Sister Of The Bride Season 6 Episode 14

The Case Of The Libertine Belle Season 7 Episode 2

That’s my list!  Did I include your favorite Golden Girls episode?  Whatever your favorite is I would love to hear about!  And hey, thank you for being a friend.

7 Places to Get Coffee in the Neighborhood 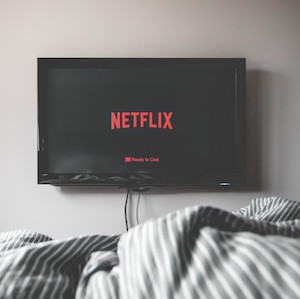 Heather has been writing for Caught In Southie since pretty much the beginning and for that we apologize. She can often be found on her couch with a log of raw cookie dough. Her biggest fear is being on an episode of Dateline and her wildest dream is being a guest judge on RuPaul's Drag Race. Feel free to let her know if there's something you think she should write about, unless it's stupid.