South Boston Bars and Taverns That No Longer Exist

A few years ago, we came across a Twitter thread, “Boston Bars that No Longer Exit.” This inspired us to start our own “South Boston Bars That Don’t Exist Any More” thread, and boy, oh boy…..  It was a trip down memory lane.  Every place from Huck’s Hideaway to the Molly Darcy’s got a mention.  People recalled stories of bellying up to the bar at their favorite haunt to the fact at the bar, Street Lights was fondly referred to as Street Fights.  Interesting fact: Did you know that Street Lights had a “Pearl Harbor Night” where you could drink Pearl Harbor’s for $1.  What could possibly go wrong?

From this Twitter thread, a friend of CIS Sheila Lynch emailed us photos of the “Great Southie Reunion” program from 2000.  (And that was quite an event!  A veritable who’s who of Southie legends like Sully, Obie, Wolfie, Lefty, Spuckie, and Clinky – to name a few.)  So below, feast your eyes on this list of legendary bars and taverns from the 20th century that existed (or still exist) in South Boston that was included in the program.  Enjoy!  Thank you, Sheila! 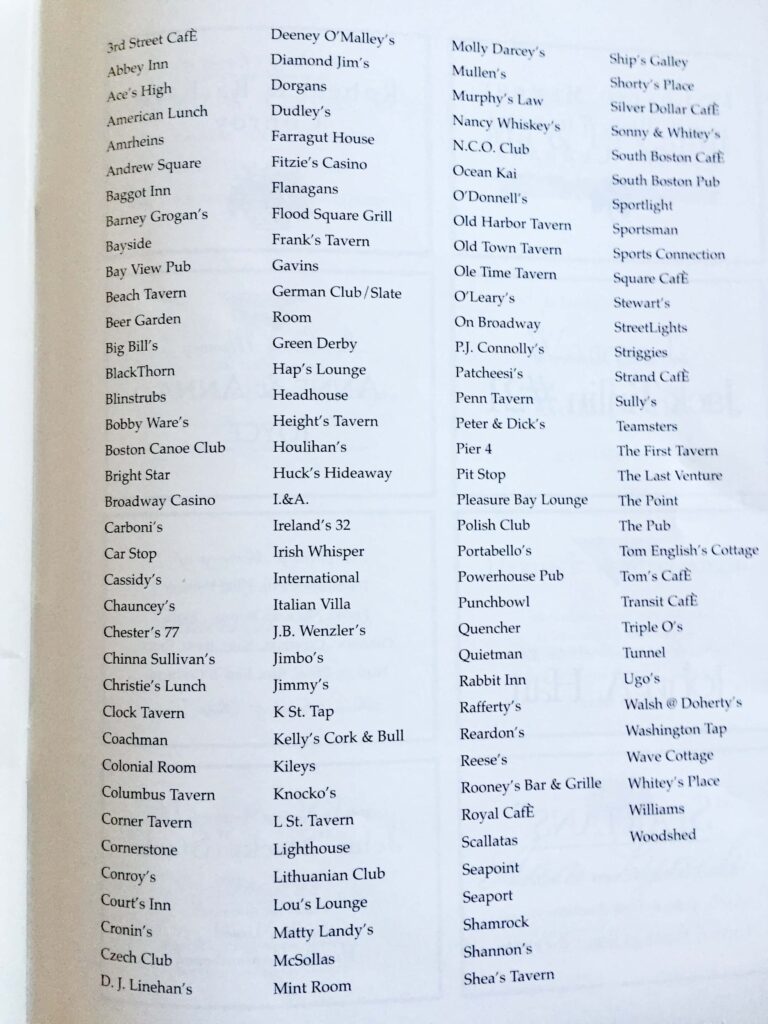 Extra credit if you remember where they were located!