The week after Marathon Monday, an incredible thing happened in South Boston—but you probably didn’t even notice. On April 25, 2022, the South Boston Catholic Academy (SBCA) Early Childhood Education Center quietly opened its doors. Four K0 (preschool) classes didn’t go to their old rooms as usual, but instead traveled all the way across the street. There, a beautiful, brand-new building awaited them. 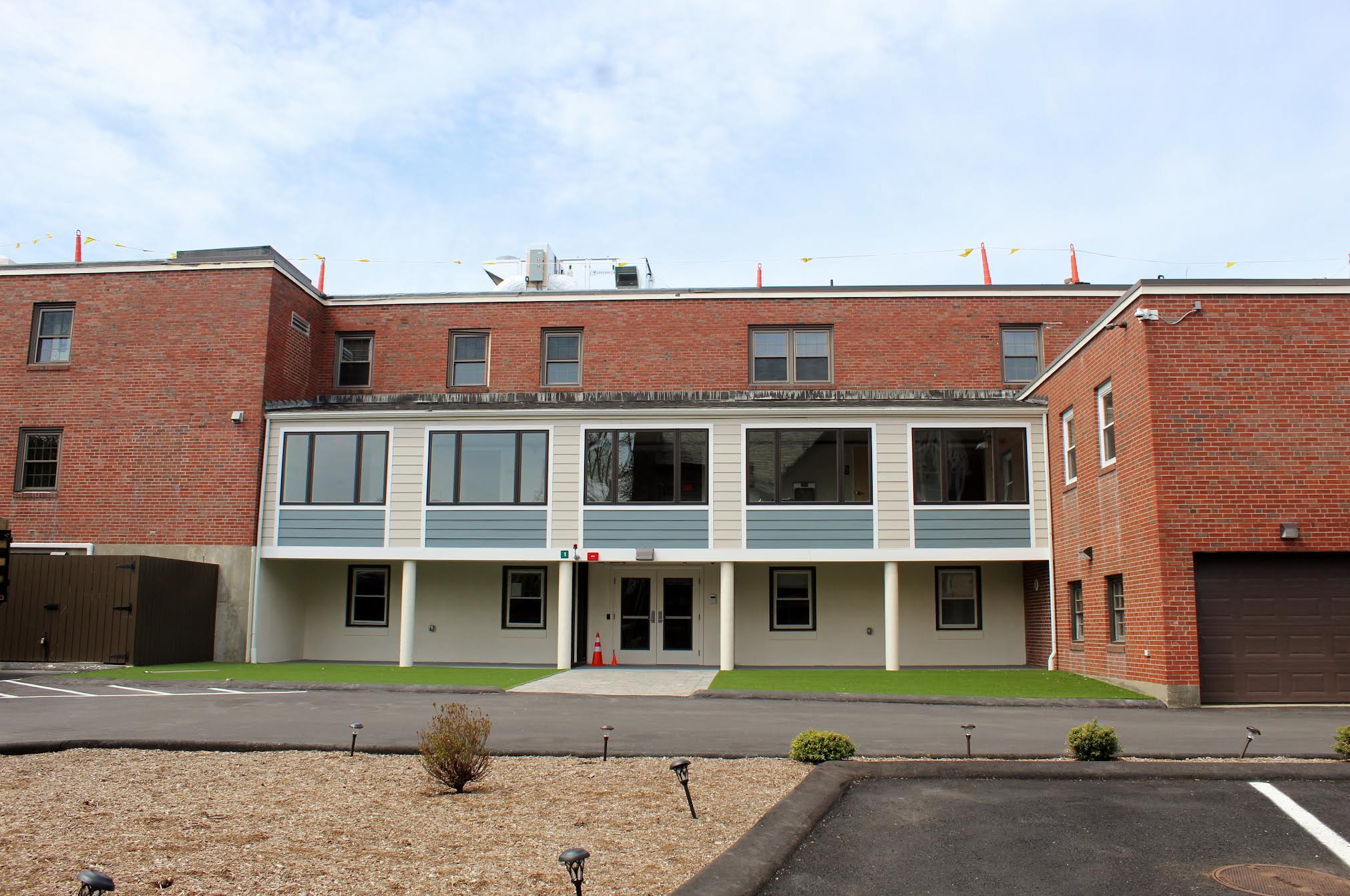 “The kids were funny: they were like, ‘This looks like our old room!’ We were like, ‘Yeah, it is your old room, just in a new location,'” laughs Jamie Brown, SBCA director of admissions and program advancement. Teachers had the opportunity to set up the new space in advance, so the students (who start at 2 years and 9 months old) would more easily integrate to their new digs. 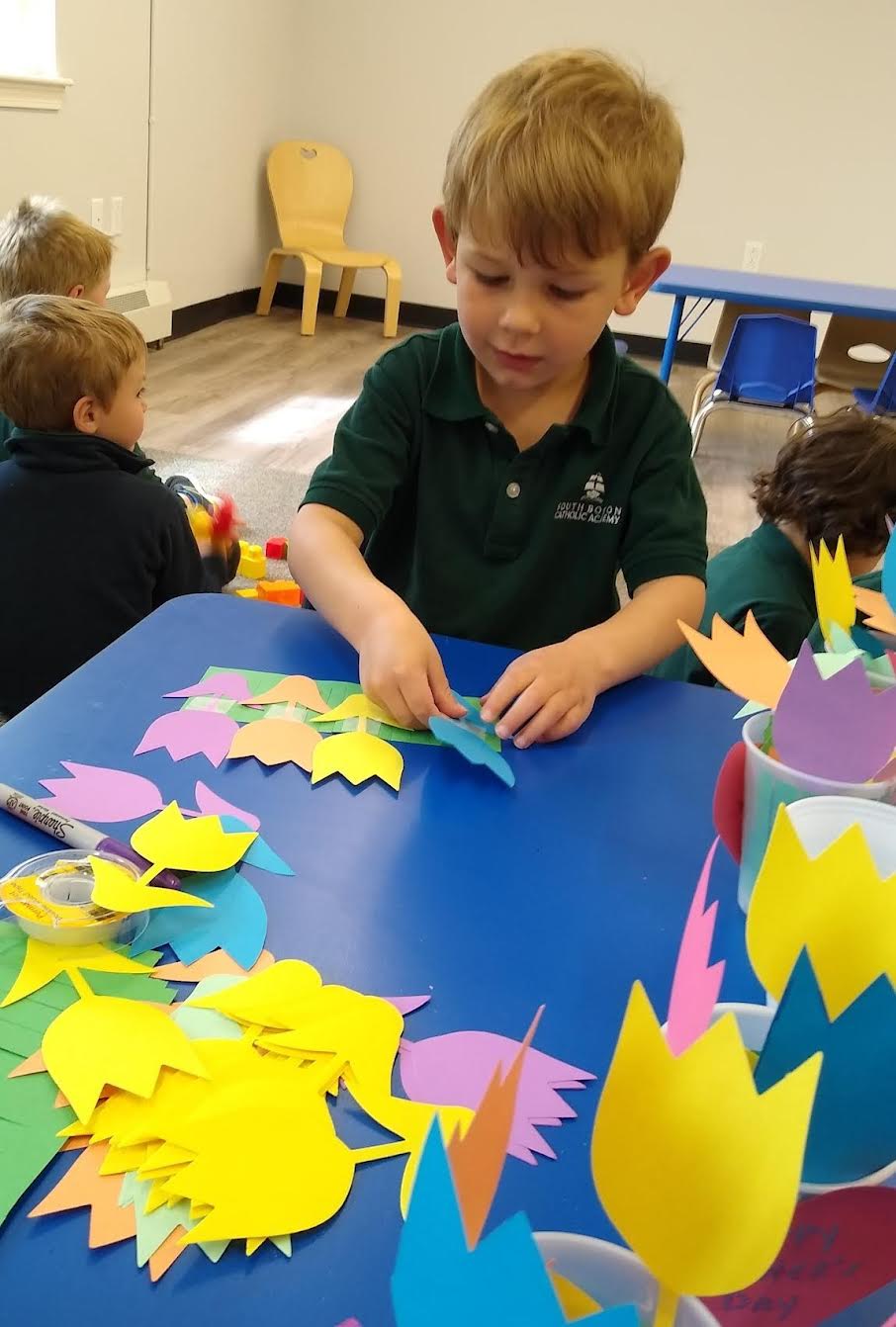 In the new building, there’s more space (including six classrooms, multipurpose space, and outdoor area), state-of-the-art facilities, and even—perhaps most importantly—size-appropriate toilets in every room. There’s a security system at the front desk and an off-street cul-de-sac for easy dropoff. Already, students have filled the space with their belongings, and their artwork and projects hang on the walls. 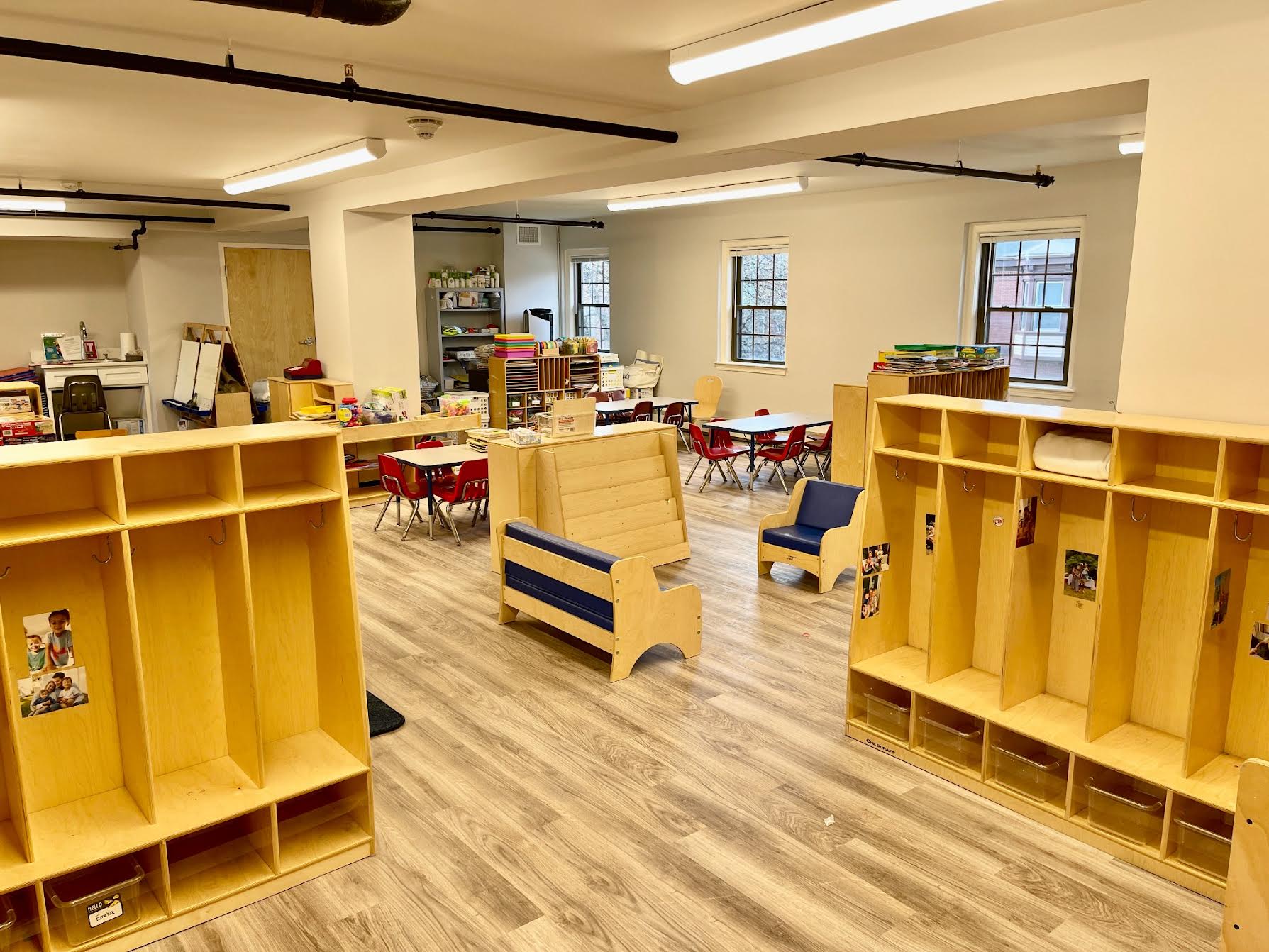 The new center has been a long time coming. Enrollment has been growing; parents of young children have stayed in or moved to the area, and SBCA can claim to be a big part of the reason why. When Brown started working at the school in 2010, there were only 13 preschoolers, and the need for more early education classrooms simply wasn’t there. 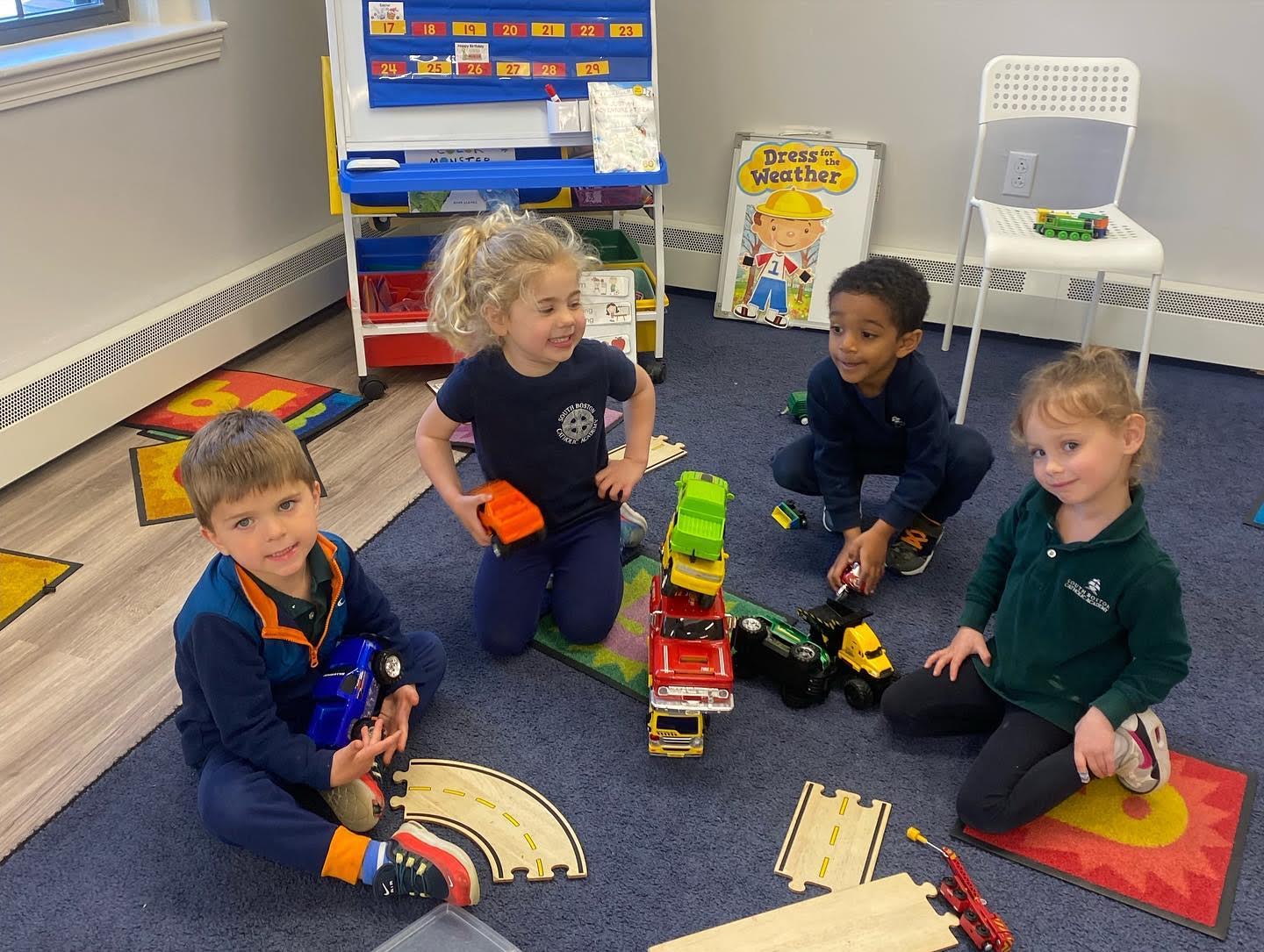 But the SBCA team recognized the potential for building out a Catholic school that could provide academic excellence and strengthen the community. Their partner, the Lynch Foundation, began to advise them on inclusion, curriculum planning, design, teacher coaching, and a host of other subject areas. The team at SBCA carefully organize their classrooms in terms of diversity and needs, and they operate by the belief that all kids who want access to high-quality preschool education deserve it. Now, in total, they have 180 preschoolers, which makes them one of the largest in the city. 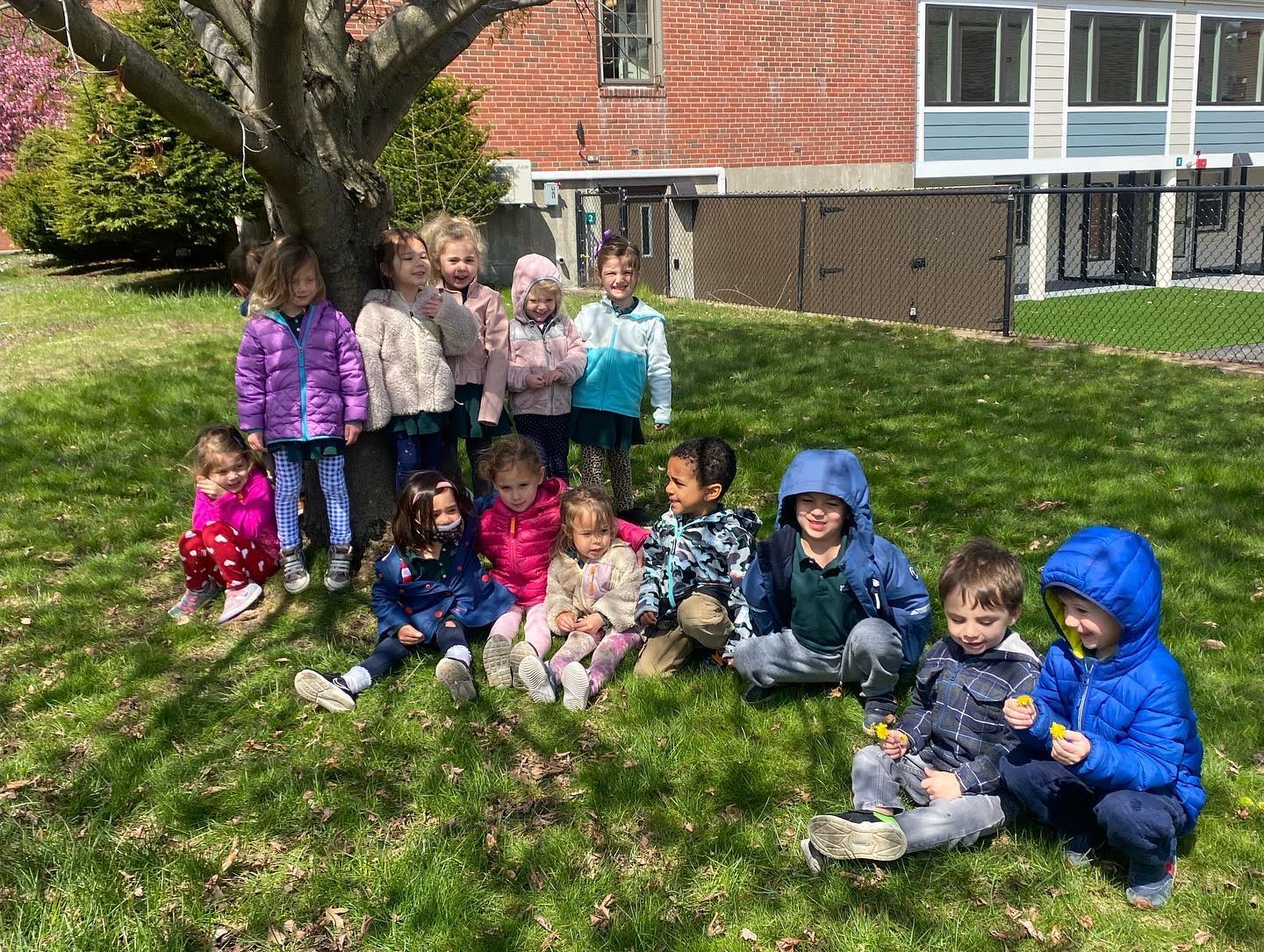 In total, SBCA has 450 students; about 70% of their student body lives in South Boston, but it also serves Fort Point, South End, Seaport, and even the suburbs. The team has known for a while that they needed to expand; they looked at a variety of remodeling options before settling on a separate building in 2020. They’ve hired an early education director and are working with the Colin’s Joy Project to build out the new outdoor playground. When the center’s fully finished, it’ll function like a mini-school and fit 120 students.

This also frees up space in the current building, which SBCA is giving back to their elementary students. More kids are also staying at the school; next year, the first and second grade programs will have three homeroom classes each for the first time, and K2 will have four. Moving the younger classrooms to the new space will mean that the older students can make better use of the existing building. The old school parking lot is now a play yard. K1 will be moving into the space below the gym (where the K0 students used to be). The school built an Idea Lab, with a Lego wall, large birch toys, and other fun activities. “It’s like our own mini Children’s Museum,” explains Brown. There are also plans for a STEM lab and art room, and they’ve improved their school stage for future performances. 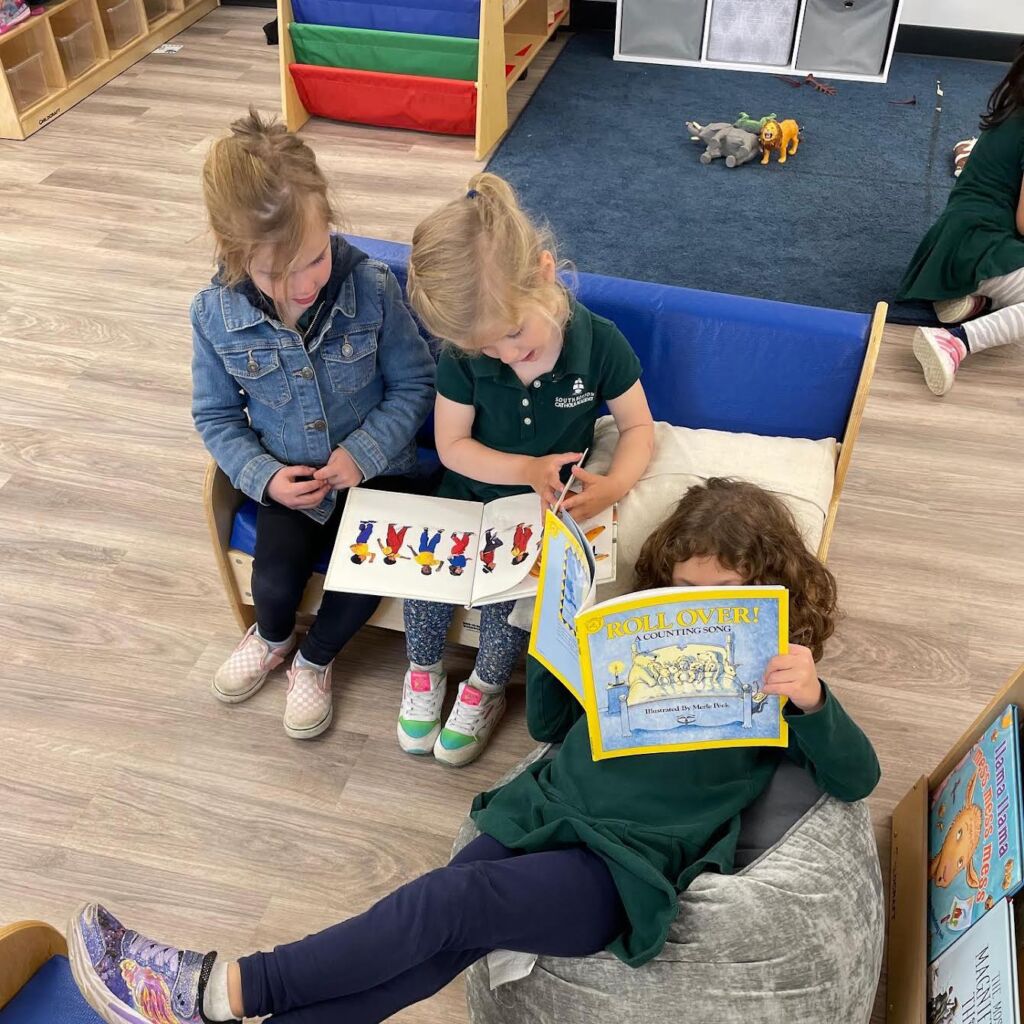 The point is to grow effectively, but thoughtfully, and to be responsive to community needs. “We love serving the community, we’ve loved growing alongside the community,” says Brown. “Providing a neighborhood school for families is what’s important to us. This project doesn’t just touch our preschoolers. It was a way for us to have a long-term plan for our elementary students as well: to sustain growth in the main campus, to return spaces to the arts and science, to envision what we want our school to be for our students.” 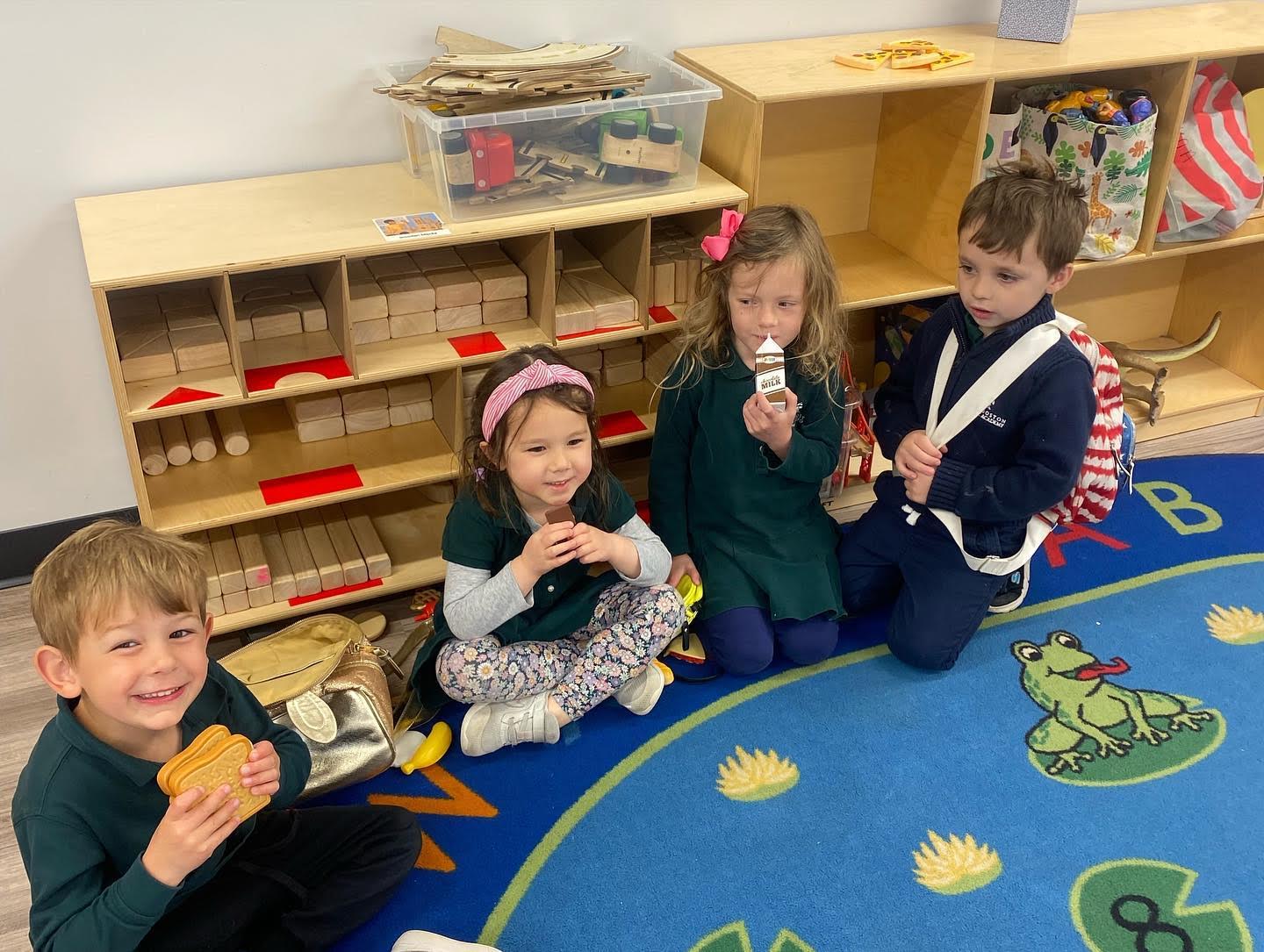 You can take a video tour here!