Save the Date: In Good Company’s Pride Party at Gray’s Hall

Kait’s rainbow mosaic-painted fingers held a colorful bouquet of orange, blue, pink and purple flowers while walking down the aisle to meet Em, her bride-to-be, who was standing in front of the same flowers strung on the fence behind her.

Just a year ago, the two of them were about to open their Southie store In Good Company and Kait was gearing up to propose to Em on the beach in Delaware with a slew of sunflowers. Now, they are newly Mrs. and Mrs. and are ready to celebrate the community’s pride and their own with their customers and friends.

“There’s always a chance that you’re not always received in a beautiful way. That was something that made us anxious, nervous, excited, everything,” Em said. “But in true opposite fashion, the best part of last year was that our vulnerability was met with so much love and respect.”

And ever since the article about their engagement came out last August, people stop by the shop just to introduce themselves and confide in the two owners.

One person came in beyond excited to tell Kait and Em that she had come out to her parents the day before. Another came in with a slightly different story. She had come out in South Boston 20 years ago, during a time where she felt she could only be out to her close circle of friends and family. Now decades later, when she walked into In Good Company and saw a version of a wedding card that read Mrs. and Mrs. she was shocked beyond belief, never believing that she would see something like that in the community.

For them, that has been the best part of owning the business, not only being a shoulder for others to lean on, but being a listening ear to anyone who needs one. After all, the name of the store embodies that supportive community sentiment.

“Our name In Good Company is meant to say that if we see each other as humans first, there are so many more things that connect us than divide us.” Kait said. “We are all just doing our best to be confident and comfortable with who we are and we want to support people in our community in whatever way that shows up for them.”

Being an LGBTQ-owned business comes with celebrating pride all year round, not just in June. The two owners pride themselves in their intentional selection of product for the store and do their best to incorporate LGBTQ makers, as well as female-owned businesses and Black-owned businesses. 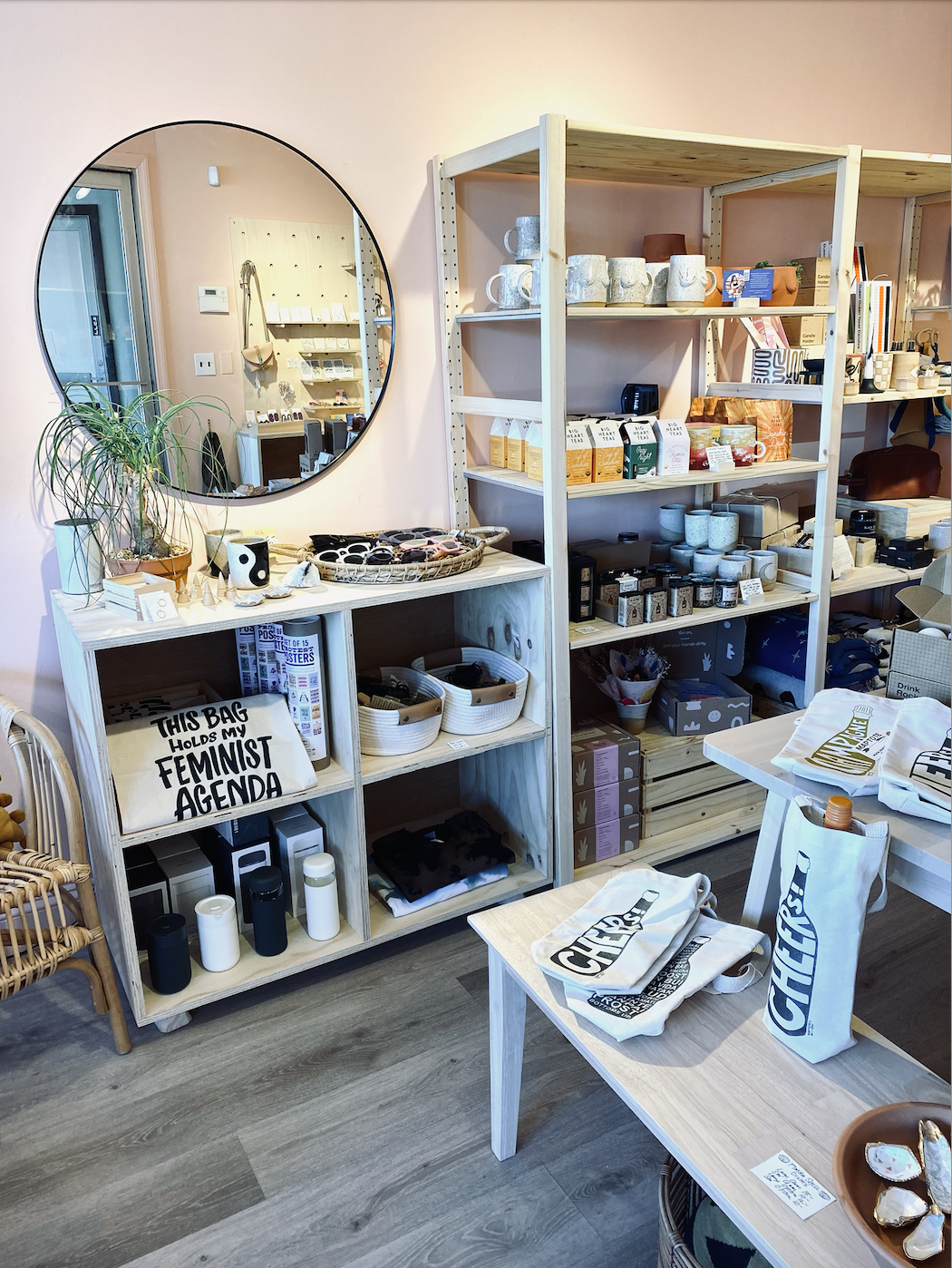 Kait and Em have created a new community of LGBTQ women and friends in South Boston, which is something they both felt that they didn’t have prior to opening up the store. In fact, some have become close friends and went to their wedding!

To grow that circle, the two are hosting a block party in partnership with Gray’s Hall on June 18 and guess what…YOU’RE INVITED!

Start by shopping local queer makers at the store, enjoying some wine and entering the raffle. Then, head down the street to Gray’s Hall from 2-6 to eat and meet others from the area! Make sure to purchase a ticket here or at the link in their bio so you can enter the restaurant. Additionally, note that proceeds from the ticket sales and the raffle will benefit Lambda Legal. American Provisions, Gray’s Hall, Cannonball Cafe, Southie Cookie and Walden Farms also all contributed to the raffle prizes!

“When you grow up knowing you’re part of the LGBTQ community but you can’t say it, it feels like it’s something that shouldn’t be celebrated,” Kait said. “But when you finally do come out, it is a reason to celebrate.”

So, here’s to In Good Company, here’s to Kait McKenna Radkowski and Em Radkowski, and here’s to the local LGBTQ community they have formed since opening the shop.

And a reminder from the two owners…be good neighbors and see each other as humans first.