Two years after Massachusetts voted to legalize pot, we’re finally starting to see the first marijuana stores open their doors for recreational buyers. From edibles to joints, from flowers to vaporizers, it’s a lot to learn if you’re unfamiliar.

Regardless of how you feel about pot or its legalization, it helps no matter what to be informed.

A person can’t fatally overdose on cannabis, but it helps to know what the products are, what they look like, how potent they may be, and how to either seek them out or avoid them depending on your preference.

Where are they?
According to The Boston Globe, the first two will be Cultivate in Leicester and New England Treatment Access (NETA) in Northampton. They’re existing medical dispensaries that have just gotten their licenses to distribute recreational-use marijuana. There could be two new stores, that we know of, in Dorchester. No word yet on a store in Southie, so Dorchester will probably be the closest option as of yet.

Every time a state legalizes recreational marijuana, the stores tend to get a ton of attention in the first few months. If you’ve been buying medical marijuana for a while, your store might see a surge of popularity. Think of the lines similar at Sullivan’s in the summer, and plan accordingly.

Will kids be able to access it?
They won’t be able to get it from Cultivate or NETA: you’ll need an ID to prove you’re over 21. As with alcohol, that won’t prevent people under 21 from getting their hands on it, but stores take the law seriously—minors can’t even come in. Products including edible candy are usually labeled as clearly as possible and put in child-resistant packages.

So, stores have tried to make sure no one confuses pot edibles with actual candy, but, when in doubt, read the labels and watch out for candy that looks unfamiliar and has already been opened. If you have kids or pets and you’ve bought something, keep it safely out of their reach; if you have over an ounce, you’re required by law to keep it secure. Considering how talented teens are at getting at illicit items, something with a lock might be the best way to go.

According to Boston Magazine, one small exception to this is that patients who are as young as 18 can register for the Massachusetts medical marijuana program as a patient, but that requires a medical professional to make that determination—and it’s not designed for recreational purposes.

How do I get it, and how much?
To get a flower (the dried cannabis you’d use to make a joint), it costs in the region of $60 for an eighth, which equates to a few joints’ worth. That’s a bit pricey relatively speaking, but the prices might correlate with the relative recency of the commodity. Stores can sell you up to an ounce or five grams of marijuana concentrate. But, they might not actually sell you that much because of the aforementioned popularity. Items won’t be out in the open; you’ll have to talk with someone in the store to get a product.

Bring cash or a debit card—it’s not always possible or easy to pay with credit card yet. You don’t have to be a Massachusetts resident to buy it, but you can’t transport it across state lines.

What should I say if I go?
Definitely tell them if you’re not an experienced pot smoker. Additionally, tell them if you have allergies or sensitivities. Even if you don’t have a pot allergy, there still might be something that makes you unwell. For example: allergic to egg? Don’t get a pot brownie.

For any new product, and especially if you’re new to marijuana in general, go slow. The store employees don’t want you to have a bad experience, so it’s worth it to be honest about your pot proficiency. Go figure: apparently you shouldn’t start out with edibles because it can take a while to feel the full effect, and you don’t want to accidentally take too much. Start with something a bit lighter, or try vaping (apparently).

How are things going to change?
Even with the legalization, pot is still much like alcohol from a legal perspective. Open-container laws apply to pot and marijuana products. Public consumption is illegal. Driving while high is still driving under the influence. So whatever you can’t do with alcohol, the same applies here.

However, thinking practically, this may mean that pot and marijuana products are more available indoors. Real talk: people have been smoking non-medicinal marijuana for a while. But the fact that it’s no longer illegal may help people feel empowered to make it open and available in their homes if they so choose.

It’s not clear exactly what the secondary effects of the new laws will be. State officials are hoping that having stores will increase safety (i.e., no longer encouraging people to buy from illegal, unregulated sources). Keep an eye out—there’s definitely more to come. 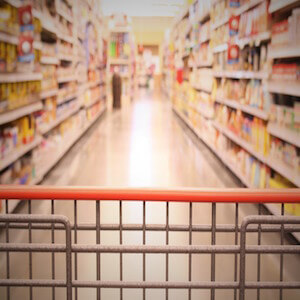 How to Throw an Open House 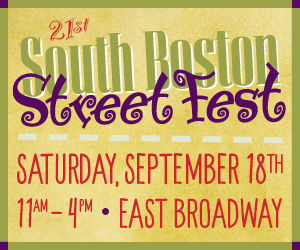