He’s Got Your Back, Southie!

When the alarm sounds at K Street, Pat Loftus and the rest of his group quickly responds.  No matter what the reason, the Boston Fire Department will be on the scene.  A life-long Southie guy, Pat joined the Boston Fire Department over 6 years ago.  He will celebrate his 7th anniversary on June 13th.  Like most firefighters, the job defines who he is.  He is selfless, kind, and courageous.  His smile and wit put those in his presence at ease and allows people to take away with them the fact that Pat is genuinely a good guy.

As a kid growing up in Southie, Pat remembers visiting the firehouse at K Street.  The firefighters would show him the truck and let him wear a fire helmet.  Life has come full circle, now it’s Pat giving the tours and letting the neighborhood kids put on his helmet.  He considers himself fortunate to work where he was raised.  He’s personally invested in the neighborhood and he loves the town he protects.  “It’s a privilege,” he says humbly.

A typical day at K Street begins with coffee and conversation catching up with the guys at Engine 2/Ladder 19 followed by housework and then “going over the piece” which involves making sure all equipment on the engine and truck work properly.  The majority of his tour he spends responding to calls ranging from car accidents, to medical calls to fires.  “We also rescue kittens from trees,” jokes Pat.  The fact is, for a firefighter, there really isn’t a typical day.

Do you cook at the firehouse?
I couldn’t cook to save my life.  I actually think I would burn water.  I’ve learned a lot from watching the guys who cook.  Now I can cook chicken dishes and some pasta dishes.  We actually have a great cook on my group – Mike Kelly from Southie.  He’s great!

When he’s not at the firehouse, Pat can be found down at Peter Welch’s Gym or going for a long run.  He also enjoys walking his Old English Bull dog Chesty – named after Colonel Lewis Chesty – a Marine Corps colonel.  If a game is on, you might find Pat with friends at the L Street Tavern or the Cornerstone.  “The bartenders at both of those places are the best.”

Saving lives
The obvious reason why most firefighters love their job is helping people.  They receive numerous calls a day but some of these incidents stand out from the rest.  Sometimes the end result of doing your job can be profound.  Pat recalls working on Christmas Day back in 2007.  He was detailed out to Engine 32 in Charlestown.  The call came in as an unknown medical.  31 year old male.  Overdose.  Upon arrival, the male had no pulse and no heart beat.  After 10 to 15 minutes of performing CPR, the paramedics arrive and take him to the hospital.  That call stuck with Pat because of the fact the man was his age and it was Christmas.  “About six months later,  I was at the patrol desk at Engine 50 (in Charlestown).  A gentleman comes by, introduces himself and tells me that it was him we helped on Christmas day.  He thanked me for saving his life.”   All in a days work.

It’s people like Pat Loftus that make South Boston what it is.  We are happy to call him one of our own and with Pat on the watch at K Street, we can sleep a little sounder in Southie. 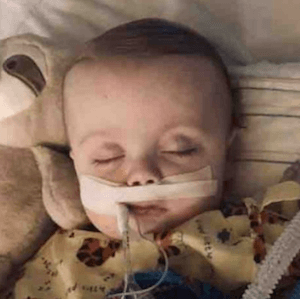 Enter into your top floor 2 bed, 1 bath condo and be welcomed by natural light gleaming through the oversized windows and sunny skylight! Eat in large kitchen with stainless…

Attention Investors and/or Future Owner Occupants!! Steps from M Street Beach! This recently renovated one bedroom has an open concept kitchen/living with a spacious living room and large bay window…

Enter into your top floor 2 bed, 1 bath condo and be welcomed by natural light gleaming through the oversized windows and sunny skylight! Eat in large kitchen with stainless…

Attention Investors and/or Future Owner Occupants!! Steps from M Street Beach! This recently renovated one bedroom has an open concept kitchen/living with a spacious living room and large bay window…