The City of Boston’s 48 hours rule of using a spot saver after a snow emergency is coming to an end on Wednesday morning at 6am. So what exactly does that mean? Well, it means no more spot savers to save that parking spot you spent Saturday and Sunday shoveling out.

Per usual, there have been a wide variety of space savers spotted around the neighborhood. From the traditional – orange traffic cone, beach chair, trash barrel. To the resourceful – laundry basket, vacuum cleaner, suitcase. To the creative – a mannequin, a life-size cut out of Gronk, inflatable Minion. And the lazy – an Amazon delivery box filled with snow and “This is a space saver” written in Sharpie marker on it. 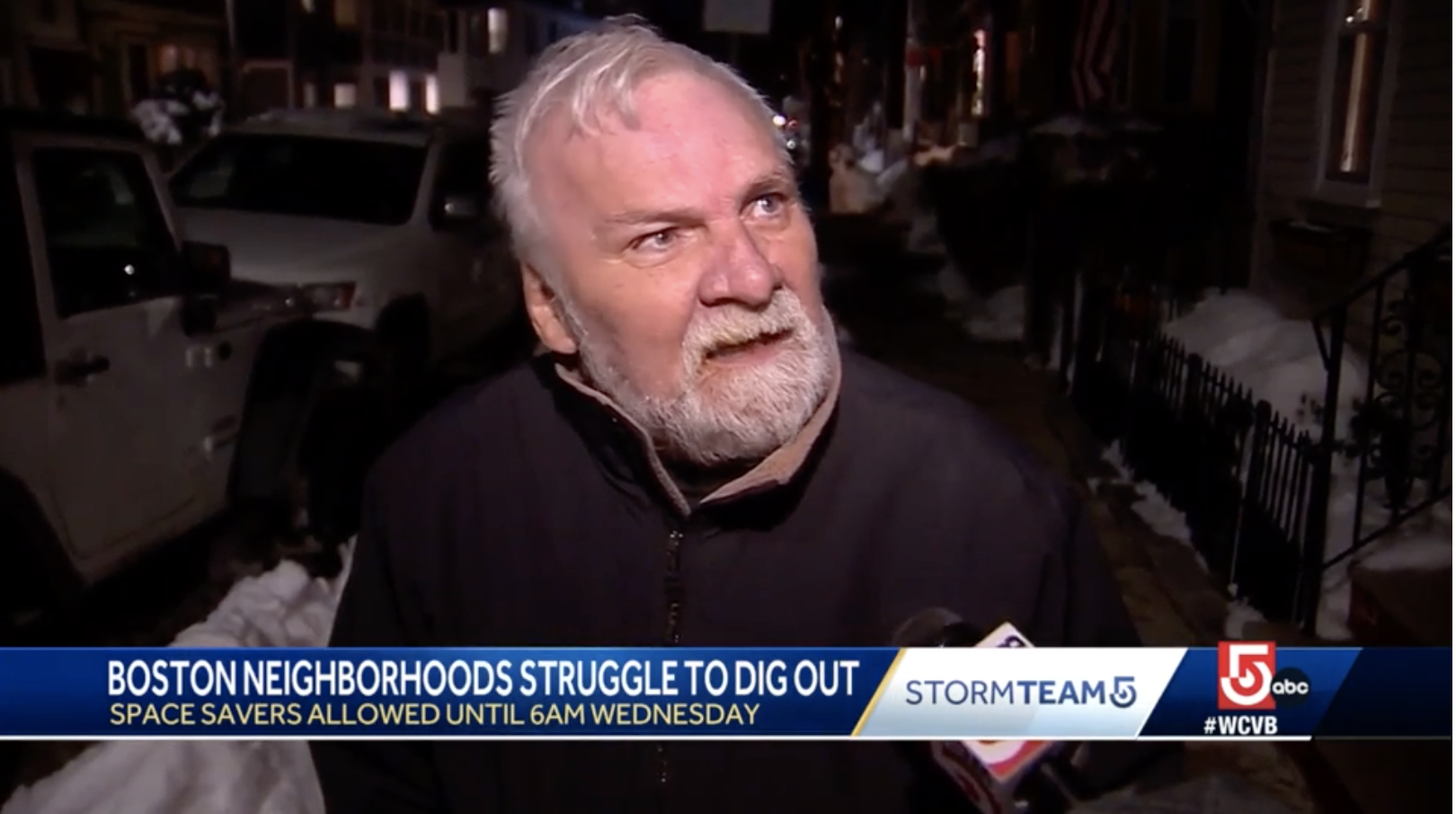 And then there’s this guy. WCVB interviewed Southie resident Jack Hanney who announced he’ll be booby trapping his spot saver. “I’ve gotta couple of paint cans. If you pick up one of the paint cans, you’re gonna end up covered in paint,” promises Hanney.  We’re not exactly sure how Hanney will “booby trap” the paint cans but we’re envisioning something pulled from the Kevin McAllister playbook with ropes, a blowtorch and maybe some Matchbox cars.

So if you see anything involving paint cans saving a spot, don’t move it! Or you’ll end up “Hanney’d.”

So as the 48 hours come to an end, we hope for some warm temps to melt the snow and we sadly say goodbye to our spot savers, until next time….  Take our poll below!