Way back in 1932, Gillette encouraged people to use their razors to cut window panes to show just how strong the edges of their blades were. But not your own windows, your neighbors. 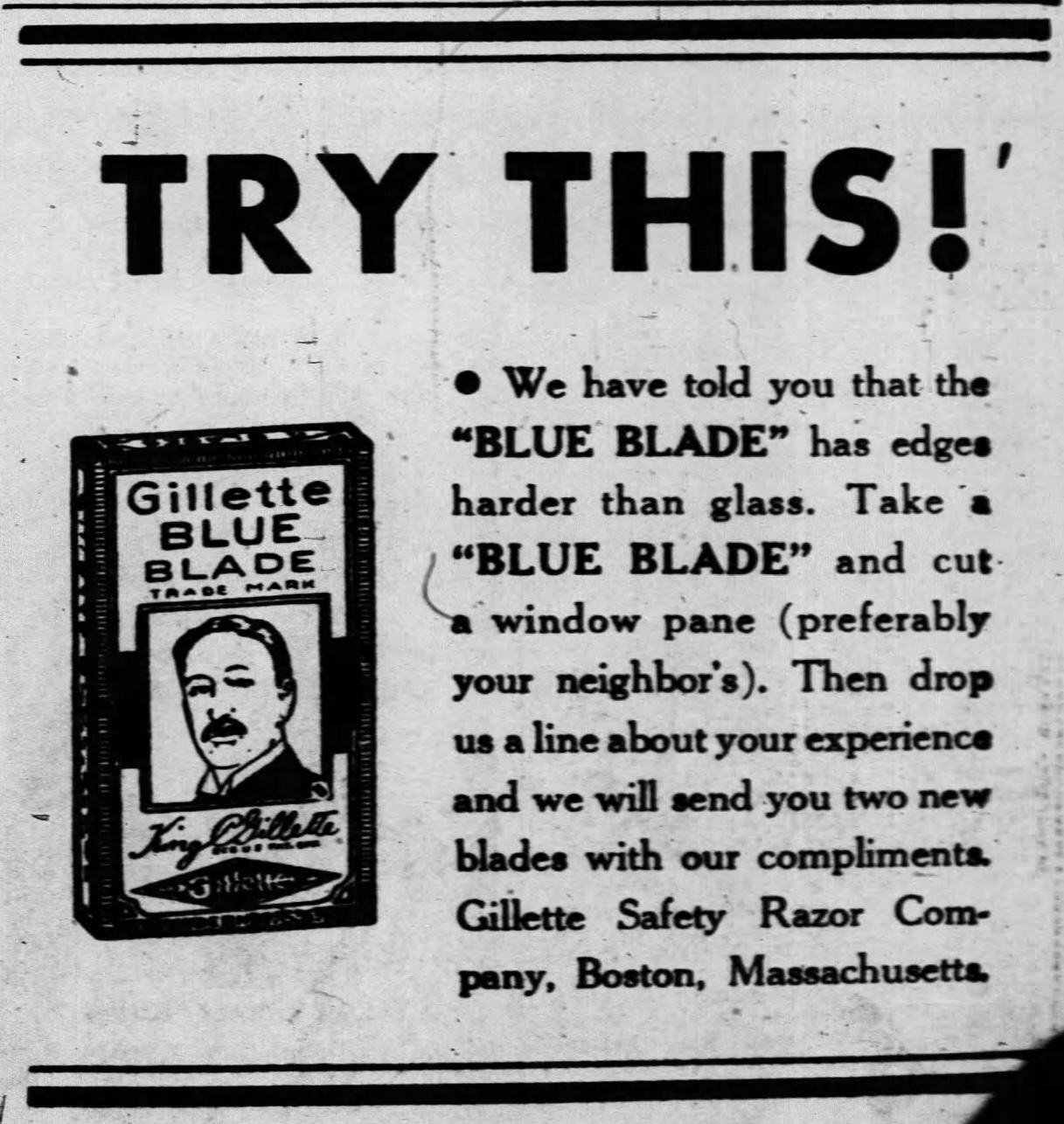 Bold enough to do it? Gillette offered two free razors for your time and effort.

in the late 1800s, long beards were out while clean chins and cheeks and a well-manicured mustache were in. To achieve this look, men could go to a barber two to three times per week or shave themselves, which could be a dangerous undertaking due to the fact they used a straight steel razor. Men had to rub the blade against leather or canvas strap, called stropping, to realign the fine metal edge and remove any corrosion before each shave. The blades also needed to be honed periodically, a sharpening process that was often done by a barber. It seemed like an awful lot of work to shave.

King Camp Gillette (yes, that’s his name) thought he could make something better, and he began to work with scientists at MIT to create his vision of a product with endless potential for profit – the disposable razor. He and the MIT engineers had problems with making the blades thin and sharp enough to be used on a disposable razor though. It took a few years but eventually, Gillette met William Nickerson, and he solved the metal issue. The duo founded the American Safety Razor factory and opened for business!

In 1904, the company renamed itself Gillette, after its founder/creator and King Camp Gillette’s image was even used on the product’s packaging. Gillette, the company, went on to huge sales and global dominance.

In 2005, Procter & Gamble bought Gillette for 57 BILLION DOLLARS, and Gillette now is a business unit of P & G.  If you are interested in seeing King Camp Gillette’s prototype check out the Gillette website!

Special thank you to Emily Sweeney for sharing this old Gillette ad with us!