The Christmas season — what could be more quintessentially New England? Sleds, caroling, hot cocoa, snow, snuggling in front of warm fires, right? But in Massachusetts Christmas was banned for over twenty years! Why? That’s the subject of this Caught in Southie History Lesson!

As I’m sure you remember from grade school, Puritans founded the Massachusetts Bay Colony in 1629 and in the decade that followed around 80,000 Puritans left Europe to settle in the “New World.” The Puritans left England so they could set up their own government and follow their own lifestyles according to their strict religious beliefs. The Anglican Church of England was too fancy for their tastes and they wanted to follow a stricter, more literal interpretation of the Bible.
Eventually, the Puritans who stayed behind in England managed to overthrow King Charles I in 1647 and one of the first actions they took in Parliament was to ban Christmas. They decided that December 25th should be a day of “fasting and humiliation” for Englishmen so they could focus on their sins.

Super fun, huh? The Puritans in Massachusetts thought so too and in 1659 the General Court of the Massachusetts Bay Colony made it a criminal offense to publicly celebrate Christmas. They declared that “whosoever shall be found observing any such day as Christmas or the like, either by forbearing of labor, feasting, or any other way” was subject to a fine.
Why did the Puritans dislike Christmas so much? There are potentially a few reasons. Nowhere in the Bible does it mention a specific day for the birth of Jesus. As Literalists, the Puritans were not fans of any guessing when it came to the Bible such as assigning a specific birth date for the baby Jesus.

Christmas trees and decorations were also seen as too Pagan. As was the date December 25th. To quote author Moojan Momen, “Most Christmas customs are, in fact, based on old pagan festivals, the Roman Saturnalia and the Scandinavian and Teutonic Yule. Christians adopted these during the earliest period of Church history….Only the more radical
fundamentalist elements in some churches protest from time to time about this mixing of ‘pagan’
elements into the religion.”

The Puritans were having none of that. They also were not fans of how rowdy Christmas was celebrated back in the 1600s. People ate a lot, drank a lot, men would dress as women and women would dress as men, and people would go out carousing and have a great time. All things Puritans frowned upon.

Back in England, the Monarchy was restored in 1660 and so was the celebration of Christmas. It took longer to restore the celebration here in Massachusetts. It wasn’t until 1681, under the threat of losing their royal charter, that the Massachusetts Bay Colony was forced to lift the ban on Christmas!

Christmas was back! But it didn’t become a public holiday here until 1856! Now we can safely drink our cocoa, sing our carols and hang our wreaths! Merry Christmas, happy holidays and stay cosy however you celebrate! 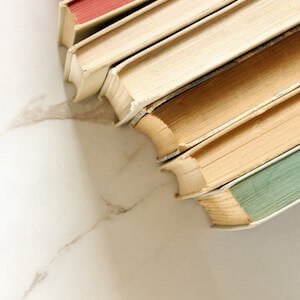 History Lessons: A year in review

Things You Should Know This Week – February 24th