CIS Book Review: 3 Books to Give as Gifts

It’s a Co-Ho-Ho Christmas! And a completely different type of book is down below!

Colleen Hoover is known as the romance author with a flair for the dramatic.  Her books are full of relationships that have us throwing the book across the room about how stupid the characters are, but swooning for our cheeks to be caressed all the same.  It’s frustrating, it’s annoying – but still, I pick up everything she writes.

Here are two faves Co-Ho-Ho’s to add to your holiday purchases! 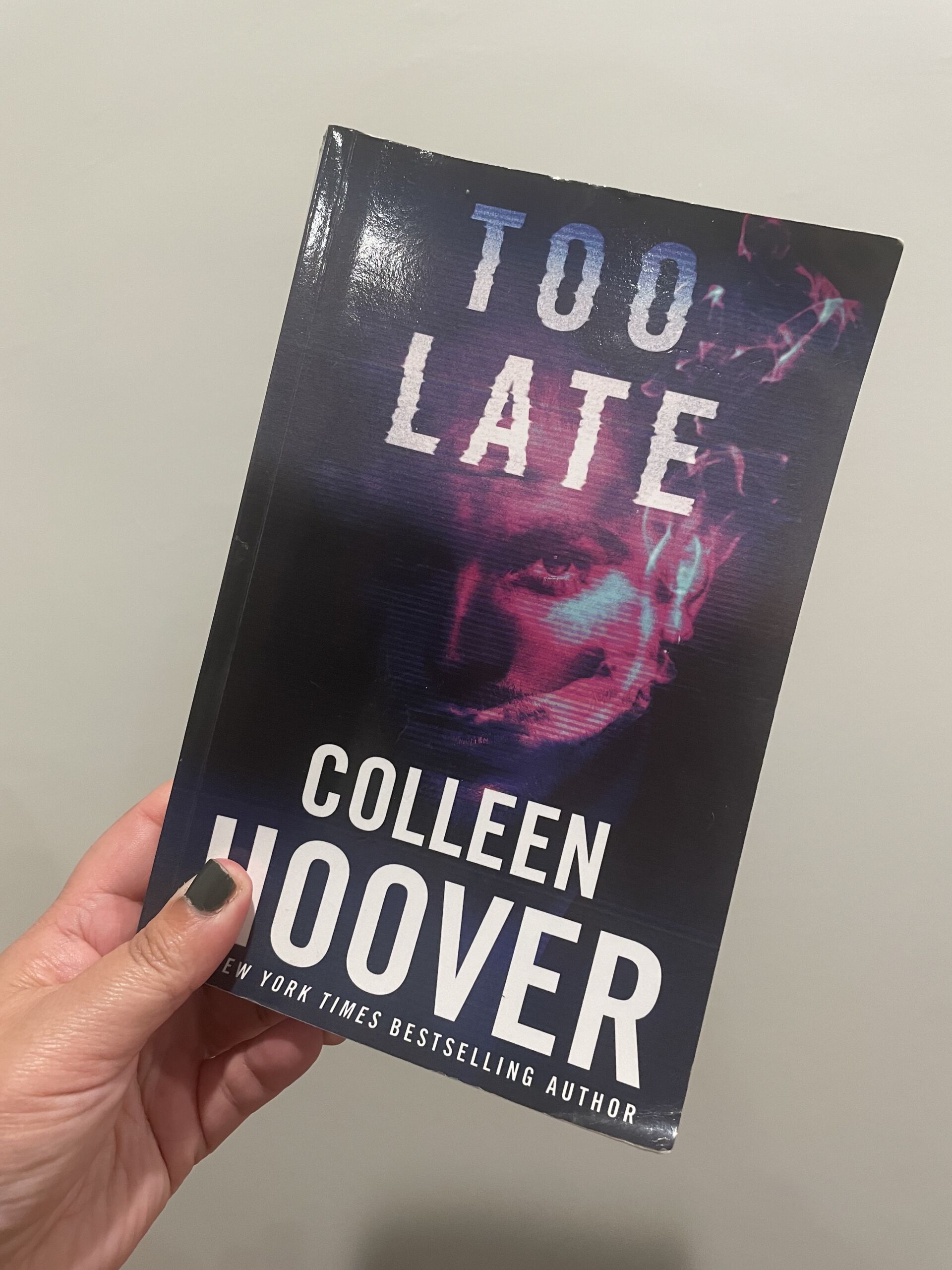 If you loved Verity – aka a  f*cked up book, you might want to try Too Late.  Hoover shares that this book is one she worked on – on the side for years, adding to it little by little without an actual plan to have it published.  You can tell by the binding of the hard copy that it’s from a smaller publishing outlet rather than her more mainstream ones.  In her own words in a letter to the reader, Hoover writes “it’s morbid, it’s twisted and it was a fun escape..” I don’t know about fun, but if you’re looking for a new WTF-type book that’s more gritty than Verity, this may be your guy.

This book is told from three different viewpoints – 1.) Sloan, the main character who would do anything for her brother, including staying in a relationship that breaks her in more ways than one.  Her hands are tied behind her back, figuratively and literally, in an overcrowded drug house.  2.) Asa, the exact opposite of Sloan in every way and also the person who grinds her down until she is legitimately nothing.  Abusive, raw – like an ex-boyfriend that your whole family told you to shake, but you just kept going back. 3.) Carter, similar to all of the guys you know you should date, ones you think are too good for you – so you pass when you should have immediately dragged them to the courthouse.  To note:  Carter’s also an undercover cop who can’t share his true intentions with Sloan – and has to decide what’s more important, his career or a potential love interest.

I don’t want to give too many details into this book but it’s a page turner that will keep you flipping, especially if you’d be into a R-rated Chicago PD (tv show).  Lots of trigger warnings with this one including sexual assault, drug use and more.
Additional suggestions:  Behind Closed Doors, by BA Paris, The Lucky One by Jessica Payne, The Push by Ashley Audrain 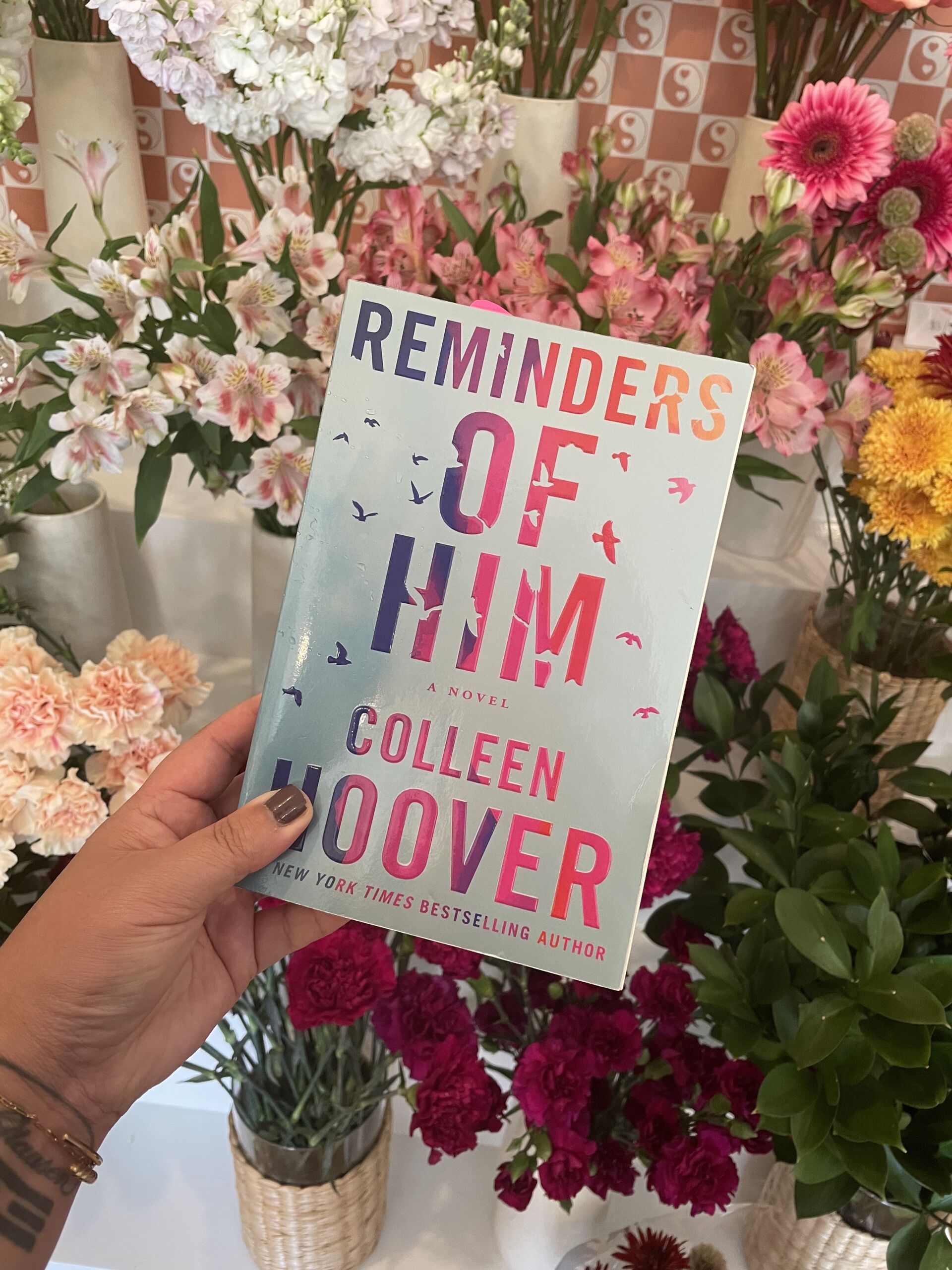 A traditional Colleen Hoover pick is Reminders of Him.  I liked this one more than her pink-covered It Ends with Us, but I’m not sure if I’m one of the few.  Reminders’ main character, Kenna, brings herself back to a small town from her past that contains the daughter she gave up from her jail cell.   She found herself in this situation after a tragic accident, where she took responsibility + ended up paying for it with years of her life.

Much of the book follows the sad tale of Kenna searching for forgiveness and trying to redeem herself in the eyes of her daughter’s caregivers – the father’s parents who have put a hard stop to any type of contact.  Ledger, the dreamiest of dreamy characters and a local bartender/owner, finds himself stuck between what he thought was right all along, doing the best for a little girl he thinks of as his own and a stranger with a sad story that he falls head over heels for.

While this still played out like a romantic Lifetime movie, I thought this Colleen Hoover wasn’t as much of an eyeroller as her others.  Sometimes her romances drag along and I find myself screaming “REALLY.” Sometimes it feels unattainable in the real world.   This one has Kenna with real problems, in a seemingly real town, with supporting characters you can imagine in your life right now.  Your heart will go up and down, you will cry so get your tissues.  It has a main character that you root for beyond the love story.  I hope you love this one!

Additional suggestions:  Book Lovers by Emily Henry, Something Wilder by Christina Lauren, all the other Colleen Hoover books, the Great Alone by Kristin Hannah

Fantasy Pick, NOT a Co Ho! 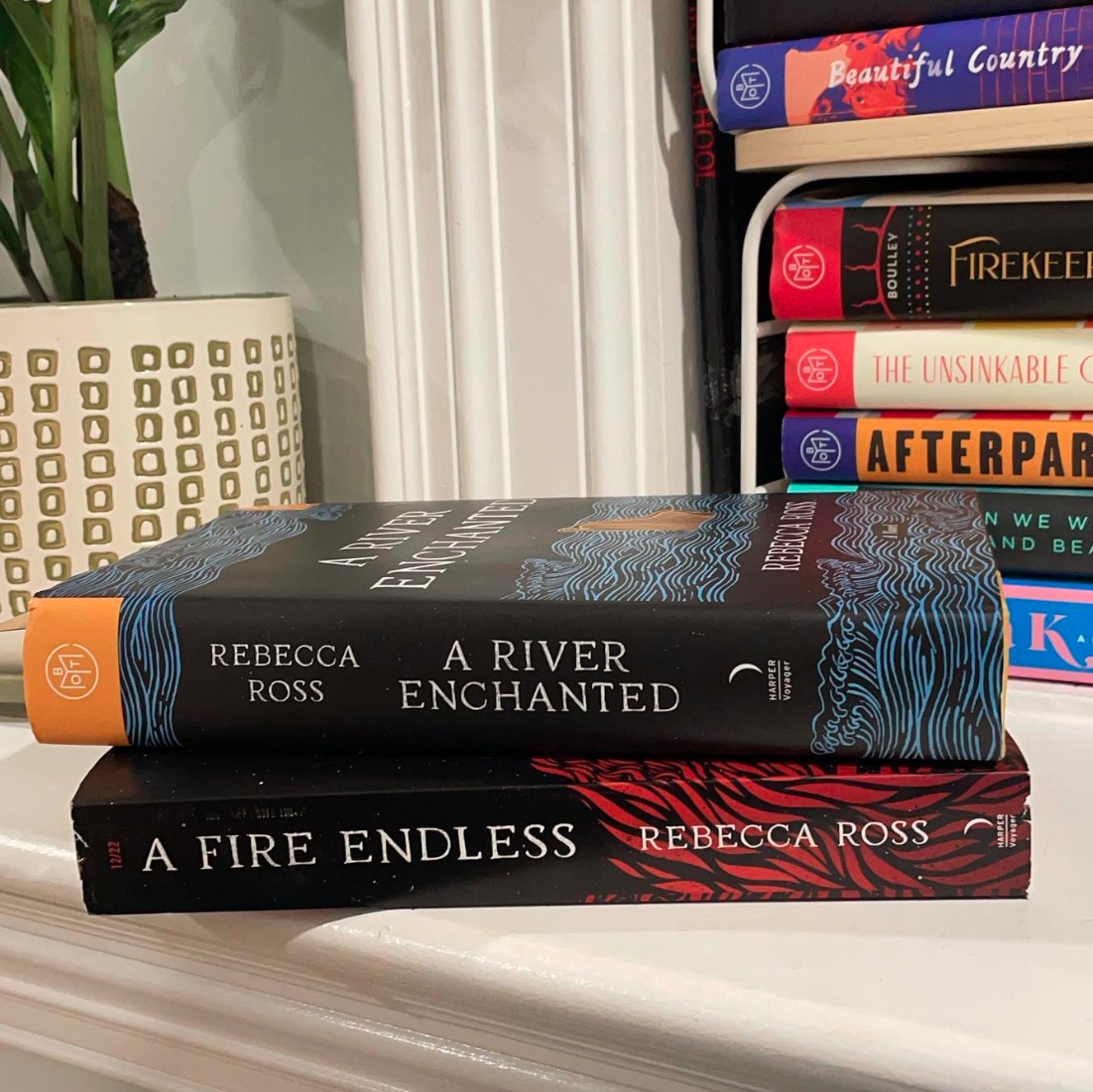 Okay, you might hate Colleen Hoover and her writing style.  You might be over the straight romance.  You find her “morbid” book too disgusting for your taste.  So I’ve decided to share a third book for your December shopping needs that falls on the Fantasy shelf, and I’m not even the biggest Fantasy fan!

A River Enchanted had been sitting on my shelf for a few months.  I looked at it, considered picking it up and put it back down – I had so many more murder thrillers to read!  However, I can now say it’s one of my favorite books of the year and I may be a newfound fantasy reader.

Jack has been away from his home island of Cadence for years to receive schooling on the mainland – mostly in music education and is well on his way to becoming a professor.  Cadence is currently split into two sides and two clans.  There is a line that can’t be crossed and is guarded closely to help maintain peace by a handsome guard, Torin.  Jack  is summoned back to his side of the island by the laird (ruler) and his heiress- Adaira- an old classmate of his, because young girls (aka lasses!) are snatched out of their homes by an unknown presence.  Are the kidnappers humans or what they call “the folk” –  the wind, earth, water, fire spirits?  He returns and is asked to take his place as the island’s bard – a person who writes and performs music – to entice the spirits to share the location of the girls.

It’s an epic story that includes: the supernatural, an enemy-to-lover side story, healers and a gorgeous world that you begin to imagine in your mind.  Remember when you first opened Harry Potter or Lord of the Rings – and you started to imagine their worlds?  You’ll do the same with River Enchanted.  It’s so good that I immediately went out and got the second book of the series, A River Endless + will be listening in on an author’s talk via Zoom.  I surprised myself by loving this one but I’m a believer!

If you got this far, thank you!  Let us know what you think via the comments on @caughtinsouthie or catch me at @glossinbosssinbooks / @josiegl on Instagram.

Josie Glausen is a teacher at Excel High School (Southie High) who has lived in the neighborhood since 2007.   She first met Maureen at a pole dancing class and their Southie friendship lives on.  Loves wandering the streets with her two pups, roasting in the sun with a good book or boozing at the Seapoint.   Say hi IRL and throw some feedback in the comment section.   .