311 Report: South Boston is Fed Up with neighbors

What is going on?

311 was abuzz with activity this weekend.  There were the everyday reports of illegal parking, littering, and the like but then there were these two gems.

Imagine being so angry that you bust our the Sharpie markers and poster board and hang a sign – complete with F-bombs –  for your neighborhood to see! This resident has had it up to here with Karen’s and boomers ratting out neighbors for loud music and parties. 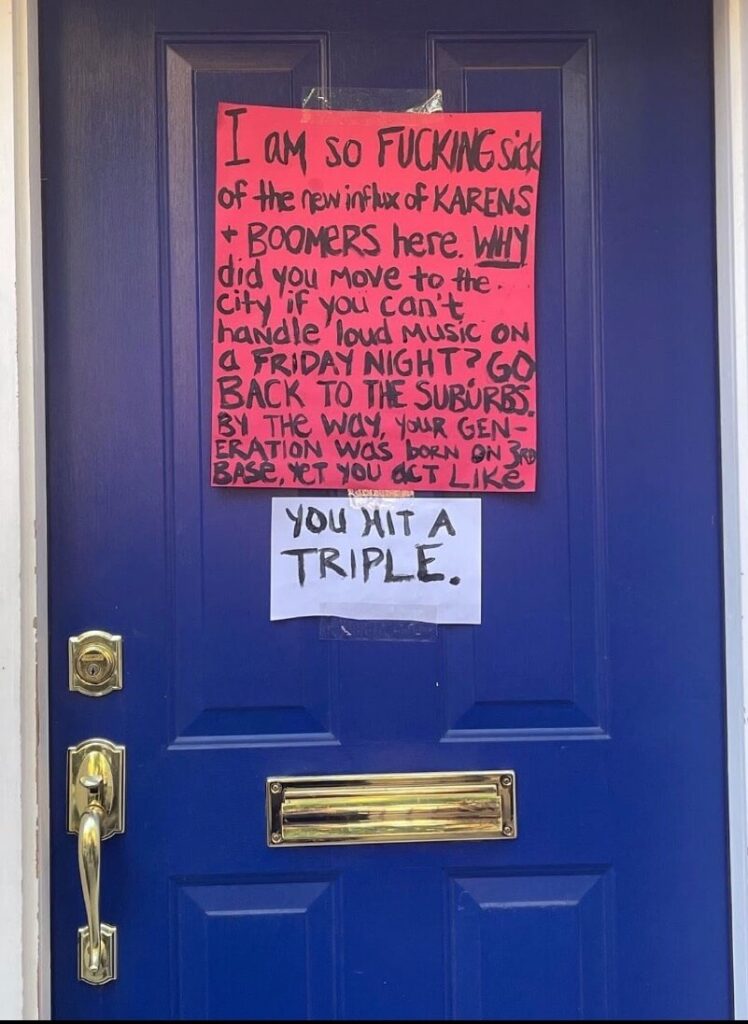 It states that there is an influx of boomers and Karens in the neighborhood but we have a feeling that most likely they’ve been in Southie for a lifetime.

This resident is sick of the lines on West Broadway and the lack of respect by the drunk people in the line. 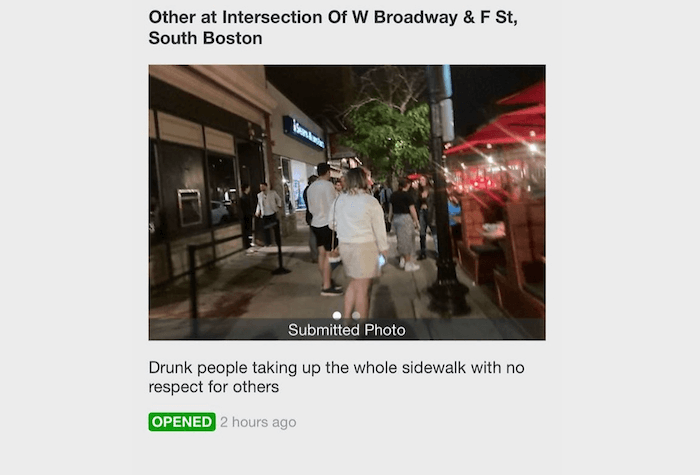 And of course, this report generated this response:

And so the battle continues! If you come across a gem of 311 report, email us at [email protected]