The dynamic duo behind American Provision, Matt Thayer and Andy Faddous, has officially open up a 30 seat wine bar and kitchen at the corner of I and Broadway!

Under the guidance of Chef Marcos Sanchez, formerly of Tasting Counter in Somerville and Tres Gatos in JP, is finalizing the details of the menu for Gray’s Hall. This small and intimate restaurant will be feature farm to table small plates with seasonal, local sourced ingredients – plus wine and beer. Mira Stella is the general manager and wine director. Stella was most recently the wine director for Row 34 – so expect some great wine!  The interior was designed by Thayer Design Studio in South Boston.

Gray’s Hall will be open 7 days a week 4pm-12pm.  Make sure to follow them on instagram for the latest updates.

So why Gray’s Hall?

At the corner of I and East Broadway, Gray’s Hall once stood and was the early meeting place for the South Boston Citizens Association- the nation’s oldest civic organization. Back in 2005, the SBCA placed a plaque on the building to commemorate the 125th anniversary. 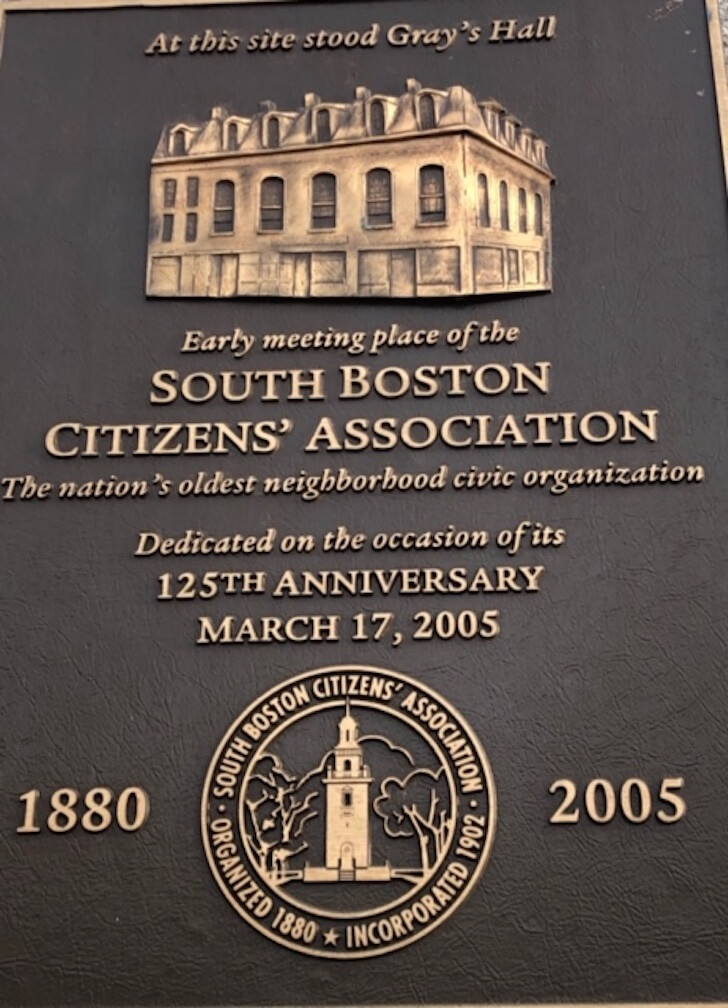