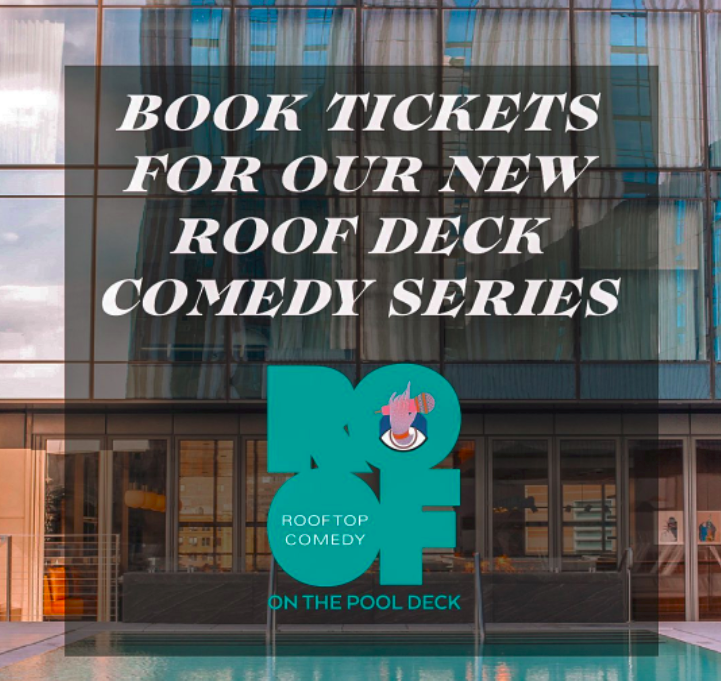 Kick off your Memorial Day Weekend with some comedy on the rooftop at Lifted Rooftop Pool this Thursday at 8:30pm!  Doors will open at 7pm for dinner and the show will begin at 8:30pm.  The comedy show will feature Kelly McFarland, a well-known comedian who has appeared in a multitude of comedy clubs, theaters and even television.  It’s a night of entertainment that you won’t want to miss!