Both Caught in Southie and 311 was alerted by a resident on Tuesday morning for two hunters in full-on gear complete with camo boat firing shotguns at birds close to the causeway at Castle Island.

Did they get lost on the way to the lake in the woods? That camouflage doesn’t really blend in with Boston Harbor and its environment.

Good morning, I am emailing to report hunters firing shotguns at birds in significantly close proximity to the walkway by Head Island and Castle Island this morning at 7:30am.  Attached are shots taken of them with the bird that they had just shot. They appear to have been firing close enough where, had they accidentally aimed the barrel towards the walkway, people could have been hit. 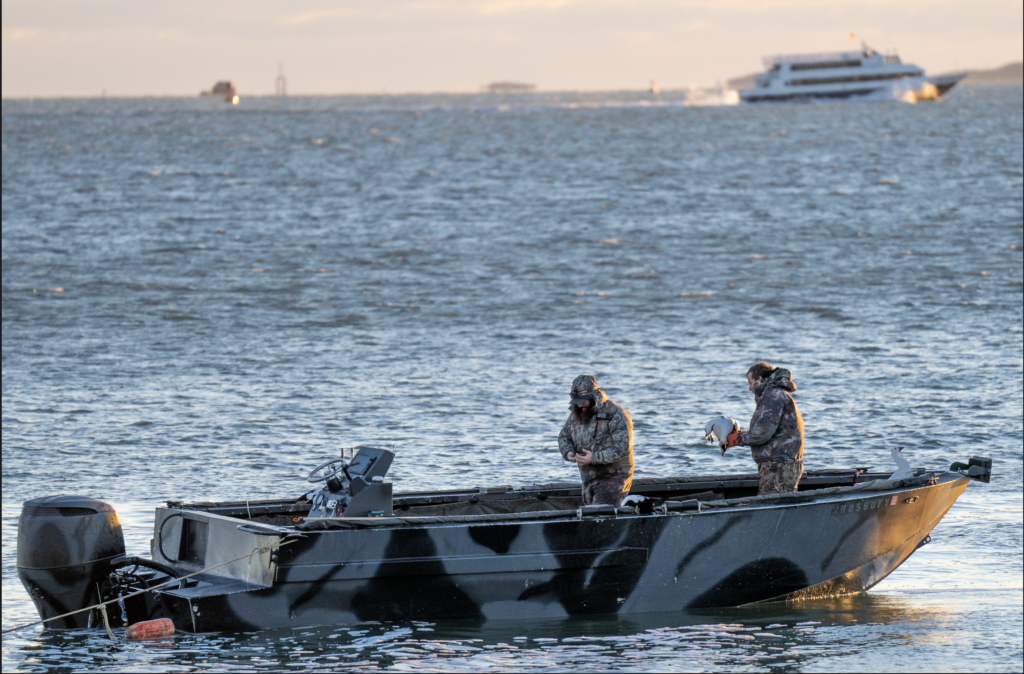 But what the heck do we know, maybe it is? MA Dept. of Fish and Games are looking into it.