At about 12:00 PM on Friday October 28, 2022, officers assigned to District C-11 (Dorchester) located and arrested Jamari Searcy, 18, of South Boston on firearm related charges after responding to a call for a person with a gun at the Excel High School located at 95 G Street in South Boston. It should be noted that while the call originated on District C-6 (South Boston), the arresting officers were monitoring the channel and responded to the area of Island View Place where the suspect was believed to be headed. While canvassing the area, they observed a male matching the given description as he attempted to enter a motor vehicle. Officers stopped the suspect and detained him after confirming his identity while continuing their investigation. Officers then obtained information from Longwood Security staff members that the suspect had been observed discarding a backpack prior to the officer’s arrival. The discarded backpack was soon located in the described location at which time officers recovered a loaded Smith & Wesson revolver from inside of it. The suspect was then placed in custody without incident.

BPD Detectives and members of the Boston School Police Unit are coordinating to confirm the facts and circumstances pertaining to information that indicates that the suspect was in possession of the firearm on school property which would result in additional charges.

South Boston High School was put into safe mode on Friday afternoon after a report of a person with a gun.  BPD did respond to the scene, and eventually, the administration lifted the safe mode.

According to Abbey Niezgoda from NBC10 Boston – teachers instructed students to put trash bags over the windows. 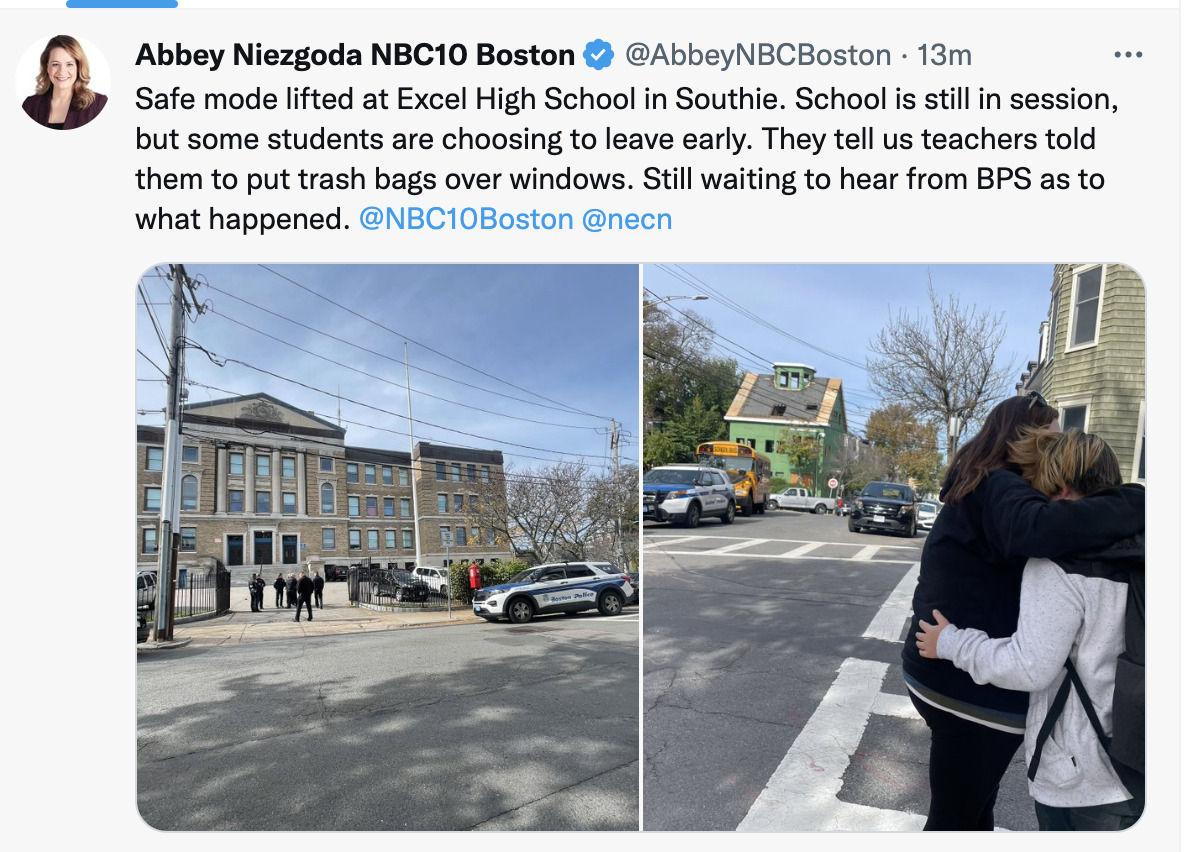 Waiting on the official report from BPD and BPS.

This incident comes less than 24 hours after a 7-year-old was found with a loaded gun at another BPS school.